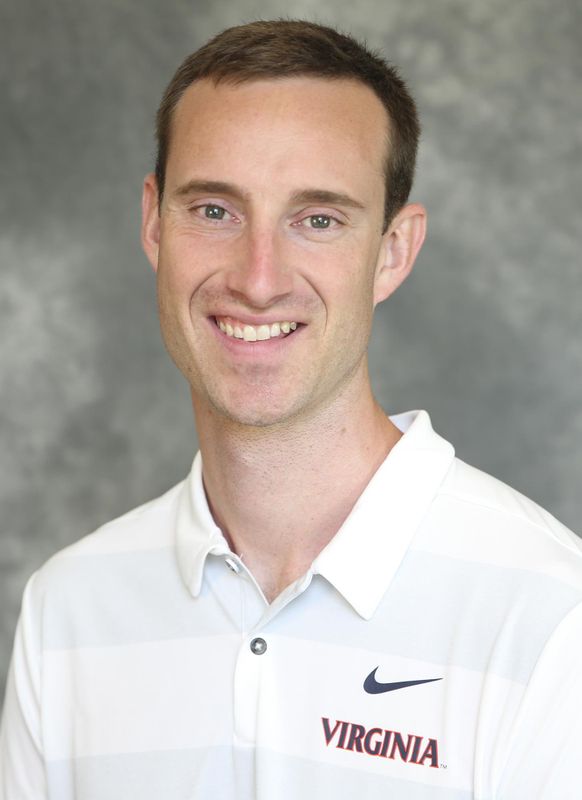 The 2019 season, Smith’s third at the helm of the Cavaliers, saw Virginia improve its win total for a third consecutive season. Virginia’s 13 victories marked the most for the program since 2015, despite four starters having seasons cut short by injuries. The Cavaliers also swept rival Virginia Tech in the season series for the first time since 2013.

In his second season leading the Cavaliers, Smith guided the program’s first victory over North Carolina since 2008. Virginia improved its hitting percentage on the offensive side while also posting the lowest opponent hitting percentage since 2010. In his first season as head coach in 2017, Smith guided outside hitter Sarah Billiard to an ACC All-Freshman recognition. Billiard averaged 2.84 kills per set, the ninth-highest mark by a Virginia freshman.

The following year, another freshman excelled under Smith’s tutelage as Milla Ciprian set the Virginia freshman record with 1.35 blocks per set in 2018. Ciprian became just the fourth freshman to ever record 100 total blocks. She also set a school record for blocks in a five-set match with 13 against Boston College.

Smith was named the head coach of the Virginia volleyball program in February 2017 after serving as associate head coach for one season and assistant coach for four seasons. During that span, Smith helped guide UVA to three-straight winning seasons for the first time since 2006-08.

Smith was honored with the AVCA Thirty Under 30 award in 2013 as one of the country’s up-and-coming coaching talents under the age of 30.

In his time with the Cavaliers, UVA has seen improvement in numerous areas. Three players have joined the 1,000 kills club, with Haley Kole finishing her career ranked fourth all-time with 1,457 kills. Under his tutelage, Jasmine Burton earned AVCA All-East Coast Region Honorable Mention and All-ACC Second Team honors as a senior and was the ACC Freshman of the Year in 2013.

With Smith at the helm, Natalie Bausback finished her Virginia career with 1,074 kills (13th) and 409 total blocks (8th). Anna Walsh played her freshman season under Smith’s guidance, earning ACC Freshman of the Week honors four times and being named the AVCA All-East Coast Region Rookie of the Year after totaling 301 kills with a team-best .354 hitting percentage and 100 blocks (4th among UVA freshmen).

Prior to his time at Virginia, Smith was an assistant coach at Northwestern for three seasons from 2009-11. He also served as the Wildcats’ video coordinator and worked with camps, clinics and recruiting.

The Wildcats reached the NCAA Tournament Round of 32 in 2010, only the second time in school history, and had their best start in 14 years in 2011, winning five straight matches to open the season.

Smith, a native of Richmond, Va., who played for the Richmond Volleyball Club, also served as the Director of Coaches of the Wildcat Juniors Volleyball Club and as a coach of the WJVC’s 15 Elite team that earned 13th place at the 2011 AAU National Championships.

Prior to his stint at Northwestern, Smith served as an assistant at Wake Forest, where the Demon Deacons went 19-13 in 2008.

Smith played one year of professional volleyball in Tarragona, Spain, competing for Club Tarragona St. Pere y St. Pau in Spain’s 1st Division. He started at outside hitter, helping lead the team to maintain its 1st Division status after posting a winning season in 2007-08.

At Penn State, Smith served as team captain in 2007. He currently ranks 14th all-time in Nittany Lion single-season history in both digs (499) and aces (58) while also registering 166 kills as a senior.

Smith, a former Virginia High School Player of the Year at Monacan, graduated with a bachelor’s degree in landscape contracting management from Penn State in 2007. He married the former Natalie Mullikin in May of 2011. The couple has a daughter, Lucy, and son, Calvin.