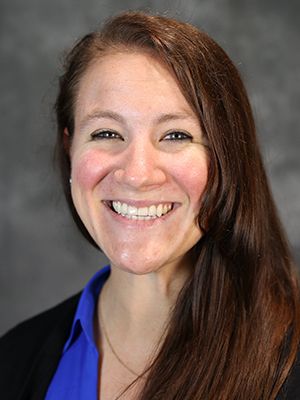 Ashley Doozan Murray has been an assistant athletic trainer at Virginia since 2018, where she works with the football and women’s golf teams. Doozan Murray is responsible for the overall daily health care of UVA student-athletes, including prevention, evaluation, treatment, and rehabilitation for injuries and illnesses.Prior to coming to Virginia, Doozan Murray spent two years at NC State, working primarily with the men’s and women’s swimming and diving teams. Before working in Raleigh, Doozan Murray one year at Michigan State, working primarily with women’s rowing, while assisting with football and track and field.

Doozan Murray received her bachelors degree in athletic training from the Grand Valley State in 2013. While at Grand Valley State, she interned for the University of Denver with a variety of teams, primarily men’s hockey, but assisting with women’s gymnastics, men’s lacrosse, men’s tennis, and men’s and women’s ski.

Doozan Murray completed her graduate work at Lamar, where she served as an athletic trainer for the Cardinals football team.

Doozan Murray is also a member of NATA and MAATA, and spoke at the 2017 MAATA Symposium on “Cupping as a Myofascial Release Tool”.