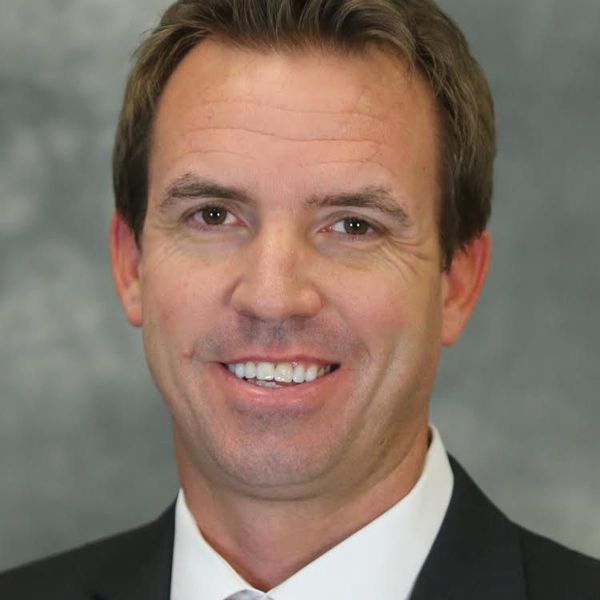 Augie Busch completed his third season in charge of the Virginia swimming and diving programs in 2016. Busch had previously been the head coach of Houston’s women’s squad for two seasons.

In three seasons under Busch’s guidance, the Cavalier women have won three-consecutive ACC Championships and UVA has posted back-to-back fifth-place finishes at the NCAA Championships. The fifth-place finishes are the highest in program history. Among the accolades UVA has garnered under Busch, Leah Smith has won four NCAA titles, including both the 500- and 1,650- yard freestyle in 2015 and 2016, and Courtney Bartholomew was a four-time NCAA individual runner-up (100- and 200- yard backstroke in 2015 and 2016). The Cavalier women have also posted the highest relay finish in school history (second in the 400 medley relay in 2015) and have had recorded the most championship-finalist relays in a single year in school history with four in 2016.

In addition to winning their ninth-consecutive ACC Championship in 2015-16, the Cavalier women came home with 10 event wins, the most since 2010. The Virginia men improved two positions to sixth at the ACC Championships and finished 28th at NCAAs, which included Yannick Kaeser becoming the first UVA male swimmer to make a championship final since 2012.

In 2014-15, Busch mentored the Cavalier women to the ACC Championship and their highest team finish (fifth-place) at the NCAA Championships. The UVa women won two NCAA titles (Smith in the 500 free and 1,650 free) and had four second-place finishes (Bartholomew in the 100 back and 200 back, Laura Simon in the 200 breast and the 400 medley relay), the most ever in program history. In addition, Busch guided Bartholomew to the second-fastest time ever in the 100 back (50.01) at the Georgia Fall Invitational. The Cavalier men placed ninth at ACCs and 33rd at NCAAs.

Busch led the Cavalier women to the ACC Championship in 2014 and an 11th-place finish at the NCAA Championships. This included Courtney Bartholomew (200 back) and Leah Smith (1,650 free) earning third-place finishs and the 800 free relay placing fifth at the 2014 national meet. The Cavalier men placed fourth at ACCs and 26th at NCAAs.

Under Busch’s tutelage, the Cavaliers have had 11 individuals earn 19 All-America honors and 20 honorable mention AllAmerica honors, and have had eight All-America relays and five honorable mention All-America relays. In three seasons, the Cavaliers have broken 27 school records, seven ACC records and three NCAA records. For his efforts, Busch has been named the ACC Women’s Swimming Coach of the Year in all three of his seasons at the helm. The Cavaliers have also been strong academically under Busch, with 28 student-athletes being named to the All-ACC Academic Teams and Ellen Williamson being recognized on the 2014 Captial One Academic All-District squad. Both Williamson and Haley Durmer earned an ACC Postgraduate Scholarship.

In addition to coaching UVa, Busch was an assistant women’s coach for the United States’ 2015 World University Games squad, where Smith captured gold medals in the 400m free and the 4x200m free. Busch also served as an assistant women’s coach for the U.S. at the 2015 Mutual of Omaha Duel in the Pool. In his two seasons at Houston, Busch led the Cougars to a fourth-place finish in Conference USA in 2012 and to a program-best second-place league showing last season. At Houston, Busch improved the profile of the Cougars athletically and academically.

The Cougars recorded personalbest times in 90 percent of their swims and broke seven school records in 2013 while achieving a program-best 3.42 team GPA. Before Houston, Busch was a highly-successful assistant coach at Arizona for eight seasons (2003-2011), where the Wildcats earned 15 top-five NCAA finishes, more than any other program during that period. His tenure in Tucson was highlighted by both Wildcat teams winning NCAA Championships in 2008. At UA, Busch worked primarily with the backstroke, butterfly and individual medley swimmers while also serving as the program’s recruiting coordinator. In his eight seasons at Arizona, Busch’s training group produced three NCAA champions, 21 individual All-Americans and swimmers on 10 national champion relay teams.

Busch was instrumental in the success of two Olympians in Albert Subirats of Venezuela and Jake Tapp of Canada. Subirats is one of the most decorated swimmers in UA history with six national titles and 20 All-America accolades. Busch served as an assistant coach for the Venezuelan Olympic team in 2008 as well as for the 2007 Pan American Games. Before Arizona, Busch was an assistant coach for the Arkansas women’s team, helping the Lady Razorbacks to school records in 15 of 18 events and a 31st-place finish at the 2003 NCAA meet. Prior to his tenure at Arkansas, Busch served as the head swimming coach at Salpointe Catholic High School in Tucson from 1999-2000. He began his coaching career in 1996 as an assistant coach for the Hillenbrand Aquatics club team, now known as Ford Aquatics.

Busch was also a volunteer assistant with the UA program from 1998-2001 and he was head coach of a high-profile summer league program, Sabino Vista Hills, during those same years. Busch was a men’s volleyball two-time letterwinner at Ohio State before returning to his native Tucson, Ariz,, and graduating from UA in 1998 with a degree in psychology. Busch minored in Spanish, a language he speaks fluently. Busch is the son of current USA Swimming National Team Director Frank Busch, who was a six-time NCAA Coach of the