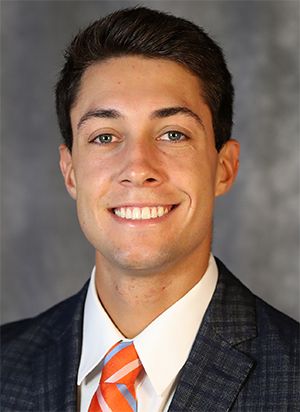 Bo Lori enters his third season on Lars Tiffany’s Virginia staff as the volunteer assistant coach for the 2020 season after the 2020 season was canceled by the NCAA on March 12 due to the Coronavirus (COVID-19). He works primarily on the defensive side of the ball with Coach Tiffany.

Lori was a key member of Tiffany’s staff in 2019 that won NCAA and ACC titles. Lori assisted UVA’s coaching efforts as the Cavaliers led the nation in ground balls per game (41.55), while also being one of the nation’s most feared riding teams. UVA’s opponents cleared at .711 percent for the season, which ranked No. 2 in the nation behind Cleveland State’s .707 percent. UVA was also one of two programs to have a top 20 offense and defense, as the Cavaliers limited opponents to 10.25 goals per game, while scoring 14.10 per game. The scoring margin of 3.85 goals per game ranked No. 4 nationally and No. 1 in the ACC.

Lori comes to Charlottesville after graduating from Ohio State in the spring of 2018. A three-year member of the lacrosse program at Ohio State, Bo was an integral part of the Buckeye short-stick defensive midfield unit, appearing in all but one game from 2016-2018. Lori was also voted team captain for his senior season by his teammates. The Buckeye teams that Lori was a part of were known for their tough and tenacious defensive play, leading the Big Ten Conference in goals against average in both 2017 (8.38 GAA) and 2018 (8.52 GAA). Lori was also a member of Ohio State’s winningest class in program history with 43 career wins. Lori’s junior year at Ohio State was the winningest season in program history and ended with the opportunity to play on Memorial Day in the national championship game.

Lori’s success was not just on the lacrosse field, as he was named an Ohio State Scholar-Athlete for all three years as well as an Academic All-Big Ten selection for two of his three years. Bo graduated as a sports industry major with a 3.43 GPA. He also had a minor in business.

Prior to his time in Columbus, Lori was a member of the Lehigh Lacrosse team for one year, where he appeared in 15 games as a long-stick midfielder, as well as being named to the Patriot League Honor Roll.

Lori has always had aspirations of becoming a coach, and his work during his summers as an undergrad have reflected that. He has had a role in coaching for both the Resolute Club Lacrosse program as well as the FCA club lacrosse program.

A native of Hudson, Ohio, Lori was a two-time US Lacrosse High School All-American Attackman. Bo was named Ohio Player of The Year after his junior season, in which he broke Hudson High School’s single season points record with 121 points. Bo was also a standout hockey player in high school and graduated with the career points record for his high school with 200 career points.

Bo is the son of Mark and Tricia Lori, and has three younger siblings, Annie, Macy and Blake. Bo currently resides in Charlottesville.