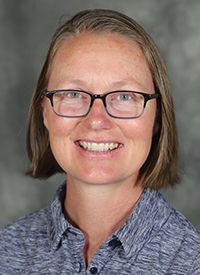 King served as an assistant coach and recruiting coordinator at Clemson and worked primarily with the second varsity eight, which was regionally ranked last season. King also coached the Varsity Four to three top-10 finishes at the Head of the Charles in the Club Women’s Four from 2014-16.

Prior to her appointment at Clemson, King spent 16 years at the University of Texas helping build the program from the club level to a nationally-ranked program. King took over the Longhorns’ novice squad in 2001 and was promoted to first assistant coach in 2003. King’s novice boats helped Texas win the Big 12 Invitational team championship from 2001-08 and four Big 12 team titles from 2009-12 once the sport was fully sponsored at the conference level.

During King’s tenure, Texas was selected as an at-large eight for the 2003 and 2004 NCAA Championships. King advanced three novices to become the program’s first three CRCA All-Americans and also saw three walk-ons selected to the USRowing Senior National Team. King was selected as the Collegiate Rowing Coaches Association’s South Region Assistant Coach of the Year in 2006 and 2011.

King raced with the 1996 and 1997 U.S. Rowing Association’s lightweight women’s development camp at Riverside Boat Club. She rowed for the University of Florida club team from 1993-96, earning captain and most valuable rower honors in 1995. She earned a bachelor’s degree in English and a minor in African studies from Florida in 1996.

King and is married to director of boathouse and program operations Jeff Mork. King and Mork have two daughters.