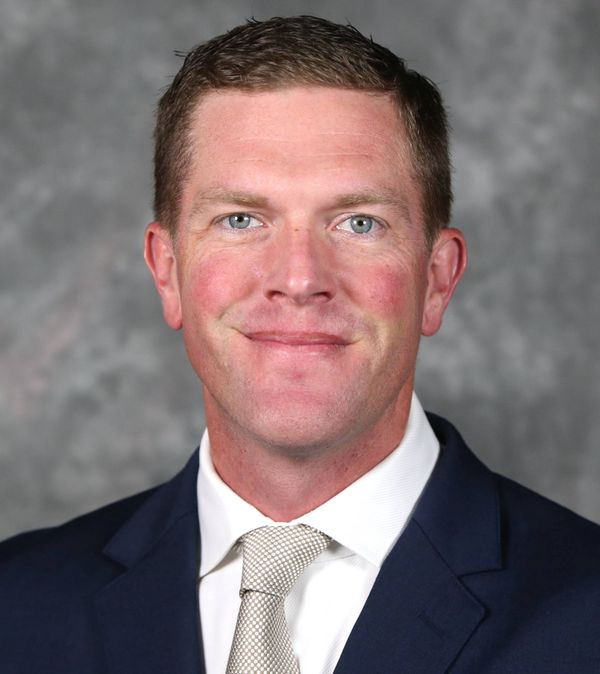 A native of Charlottesville, Dustin Groves joined the Virginia program as an assistant coach in August of 222. He was all-state performer while attending Monticello High School and went on to be an all-conference player at Wake Forest.

At Wake Forest, Groves was a regular in the Demon Deacons’ lineup his final three seasons. He led Wake Forest in stroke average (72.9) as a senior in 2009. That season he had four top-five finishes and earned All-Atlantic Coast Conference and PING all-Southeast Region honors. During his collegiate career, he played in the NCAA Championship in 2007, 2008 and 2009.

After graduating from Wake Forest, Groves remained in North Carolina and turned professional, playing on the eGolf and Web.com tours. He played five years on those circuits before taking on caddying duties with his former Demon Deacon teammate, Kyle Reifers from 2015 to 2017.

The 36-year-old Groves played four years of high school golf at Monticello High School for coach Pam Bradley. He was named the Virginia State Golf Association Junior Player of the Year in 2003.

Since returning to Charlottesville with his family in 2017, Groves has made quite an impact on the local golf scene. He won the Jefferson Cup in 2018 and 2021. Since 2020, he has made a pair third-place finishes at the VSGA Mid-Amateur Championships (2020, 2021) and a fifth-place finish at the 2021 VSGA Amateur.

Prior to joining the UVA program Groves worked as a real estate portfolio manager overseeing properties in Virginia and North Carolina. He also served as the manager for Whispering Meadow Farm.

Groves earned his undergraduate degree from Wake Forest in religion. His father, Larry, served as an associate dean of admissions at UVA. In 2020 he was voted the VSGA Volunteer of the Year. Dustin Groves and his wife Aislin, have two children – Lyal and Rory.