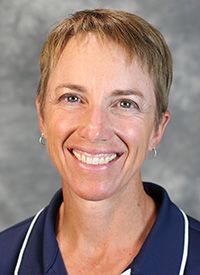 Emily Ford joined the Virginia rowing program as an associate head coach in June of 2017 after serving 10 years as head coach of the Oregon State women’s rowing team from 2006-16.

Oregon State ranked as high as No. 11 during Ford’s tenure as six rowers earned Collegiate Rowing Coaches Association All-America honors and 159 individuals earned Pac-12 All-Academic recognition. In 2009, Ford earned Pac-10 Coach of the Year honors after the Beavers finished third at the Pac-10 Rowing Championships. Oregon State reached No. 11 in the rankings and finished 15th in the women’s varsity eight at the NCAA Rowing Championships, marking the squad’s first appearance at nationals since the 1999-2000 season.

Prior to her appointment at OSU, Ford spent 11 years at the University of Michigan helping build the program from the club level to a national power. After six years as an assistant coach, Ford was promoted to associate head coach in the fall of 2002. Ford was selected as the Collegiate Rowing Coaches Association’s Central Region and National Assistant Coach of the Year in 2004.

Ford spent two years coaching at the University of California-San Diego from 1994-95. Ford was a three-year letterwinner, a two-time team captain and the only rower in school history to earn the prestigious Outstanding Senior Female Athlete Award at UCSD. She earned her undergraduate degree in psychology from UCSD in 1993.