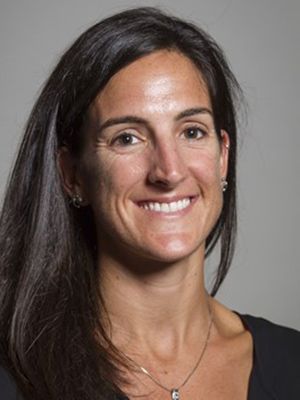 Erin Neppel joined the Virginia rowing program as an assistant coach in July of 2017. Neppel arrived in Charlottesville after serving as the interim head coach at Canisius College in 2016-17.

In 2017, Neppel guided the Griffs to a third-place finish at the Metro Atlantic Athletic Conference women’s rowing championships, matching the program’s best finish. Neppel served the previous three seasons as assistant coach at Canisius and was part of the College Rowing Coaches Associate Region 2 Staff of the Year in 2015-16.

Neppel was a three-time All-ACC rowing standout and CRCA Scholar-Athlete at North Carolina from 1998-2001. She garnered a pair of NCAA Central Region first-team honors and was a second-team All-America selection. Neppel spent the summer of 1998 in residence at the U.S. Olympic Training Center in Chula Vista, California. She graduated from UNC in 2001 with a 3.88 GPA and recently earned her master’s degree in sport administration from Canisius.

Prior to coming to Canisius, Neppel was on the coaching staff at Central Florida, and she has been instrumental in running the Nike Rowing Camps in Chapel Hill, N.C.

In addition to coaching at Canisius College, Neppel has coached the USRowing Development Camp at the West Side Rowing Club in Buffalo.