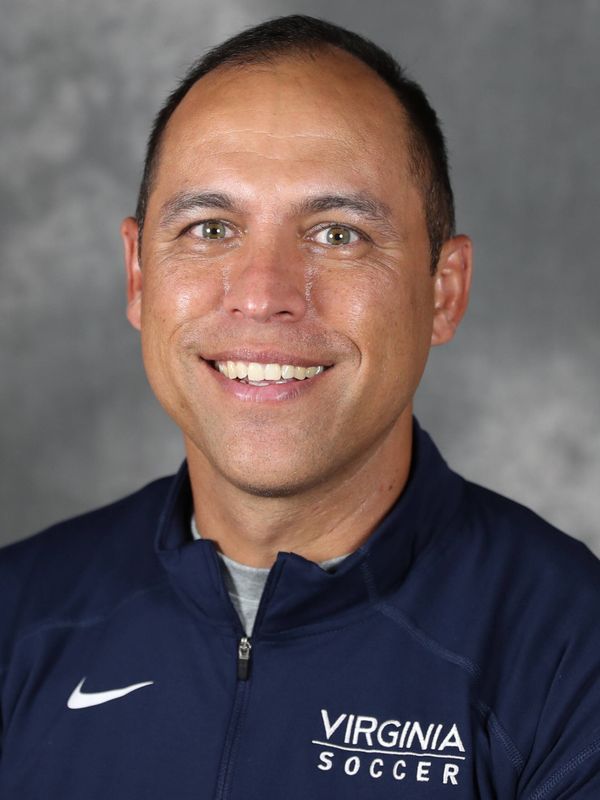 Jaime Frias is in the third season of his second stint as an assistant coach for the Virginia women’s soccer program.

As a part of the Virginia women’s staff for six seasons as both a volunteer assistant coach and an operations assistant, Frias helped the Cavaliers to back-to-back College Cup appearances in 2013 and 2014, including a runner-up finish in the 2014 season. He also helped Virginia secure the 2012 ACC Championship and finish atop the regular-season ACC standings in the 2014 and 2015 seasons.  Additionally, over 20 players have gone on to play professionally either in the United States or abroad during this time.

Frias also has head coaching experience on the collegiate level through stints at Nevada for the 2008 and 2009 seasons, leading Nevada to the finals of the 2009 WAC Tournament and the most conference wins in Nevada history. Prior to his time at Nevada, he spent three seasons as head coach at Stephen F. Austin (2005-2007). Before taking over as the head coach at Stephen F. Austin, Frias spent three seasons as an assistant coach with the Lumberjacks (2002-2004). He helped lead Stephen F. Austin to three Southland Conference titles and two NCAA Tournament appearances.

In addition to his collegiate experience and his most recent coaching stints with the US U18 and U20 teams, Frias has coached at various levels of US Soccer throughout the last decade. He has a United States Soccer Federation National “A” License.  Frias and his wife, Ta, have two children, Azari and Jaime Dhani.