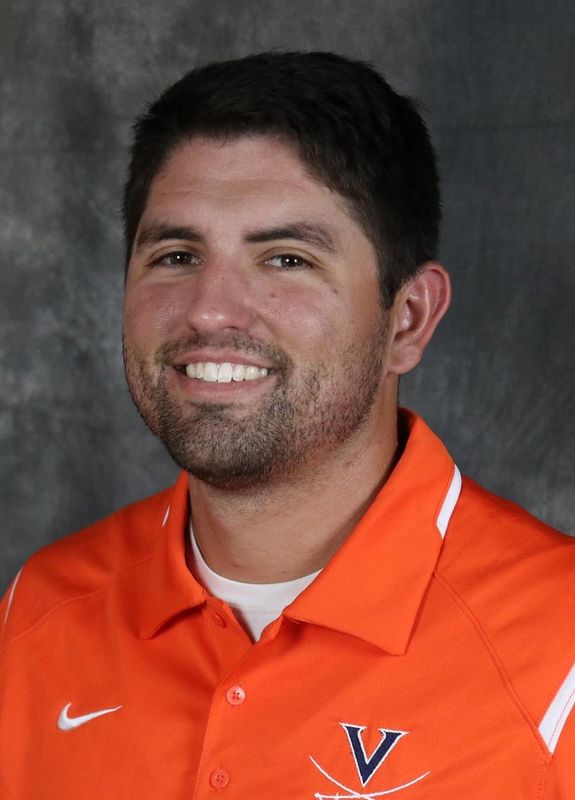 Jake Sidwell enters his third year on the UVA softball staff in the 2021-22 academic year. Sidwell works extensively with Virginia’s offense and guide the development of Cavalier hitters.

In the shortened 2020 season, Sidwell helped the Cavaliers to their best start since 2012. In non-conference action, the Cavaliers hit .279 as a club while reaching base at a .361 clip. Virginia averaged better than 4.00 runs per game in the 22-game season. The Hoos scored 7-or-more runs on eight different occasions.

With Sidwell on staff in 2019, GW posted a .292 batting average as a team. The mark was the 35th-best average in collegiate baseball last season. Dom D’Alessandro finished the year with a .423 average for the Colonials, the second-best batting average of any player in the country. A Colonial also led the A-10 in RBI, slugging percentage, on-base percentage and runs scored in 2019.

Sidwell also helped develop the GW catchers, who posted the second-best caught stealing percentage in the A-10. Along with his on-field duties, Sidwell directed and organized GW baseball camps and clinics.

Prior to joining George Washington, Sidwell was a graduate assistant with VCU baseball. With the Rams, Sidwell managed the bullpen during the games and assisted pitching coach Mike McRae in developing the VCU staff.

He also has experience leading a team, serving as a head coach in the Piedmont Collegiate Baseball League. In the PCBL, Sidwell managed a collegiate summer team, overseeing all aspects of the program both on and off the field.

Sidwell played his collegiate ball at Davidson where he helped the Wildcats to an NCAA super regional in 2017. He was a 39th-round draft pick by the Los Angeles Dodgers out of high school and became the first drafted player to ever attend Davidson. He was also named a Rawlings Gold Glove finalist in 2017.

Sidwell earned a bachelor’s degree in physics from Davidson in 2017 and will complete his master’s in sport leadership at VCU in August.