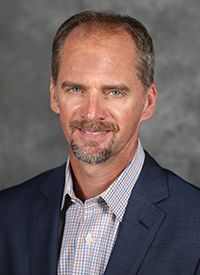 Jason Dunn is in his third year with the Cavaliers, 11th year overall, since his return to the program, serving as an assistant coach to the distance runners. He holds 20 years of coaching experience including serving as the UVA head cross country coach from 2004-08. Dunn returned to Virginia as the track and field director of operations in 2016 after successful coaching stops at Stanford, Kentucky and Oklahoma.

Dunn helped coached the men’s cross country team to its 17th NCAA Championships appearance during the 2019 season.The Cavaliers earned an automatic berth to the national meet with a first-place finish at the NCAA Southeast Regional Championships. All five of Virginia’s scoring runners earned All-Southeast Region honors for just the second time in UVA history. During the indoor season, Ari Klau set the UVA record in the 3000m while AJ Ernst joined the sub-four-minute mile club. Ernst and Rohann Asfaw earned All-ACC honors at the conference championships for their performance in the mile and 3000m, respectively.

The Cavaliers qualified for the 2021 (Fall of 2020) Championship but were not able to compete as a team due to COVID-19 protocols.

Before his return to UVA as the track and field director of operations, Dunn served as the associate head cross country coach and assistant track and field coach at Oklahoma from 2013-16. During his tenure with the Sooners, Dunnled the men’s cross country program to a 15th-place finish at the 2015 NCAA Championships and coached the women’s team to its highest Big 12 and NCAA Midwest Regional finish in program history. Dunn coached five Big 12 champions and 95 All-Big 12 honorees during his three years with the program.