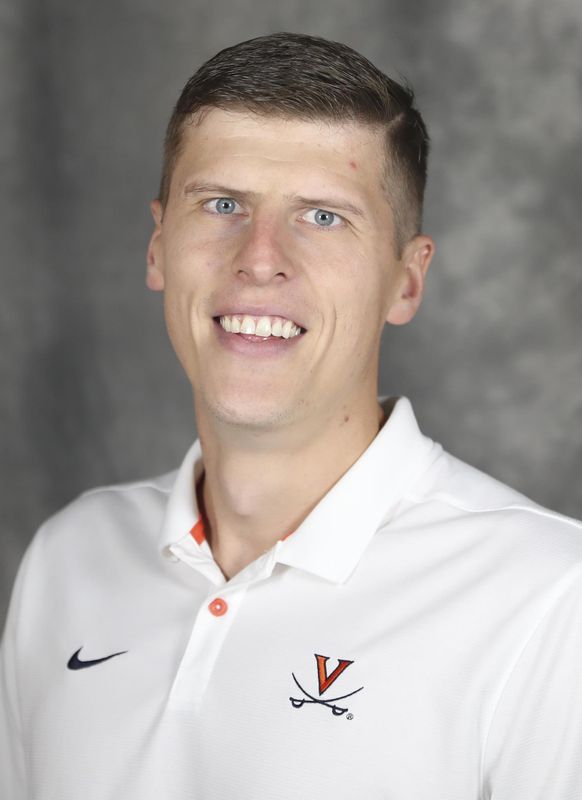 During his first season on Grounds, Klein helped the Cavaliers to a third-straight season of improvement in overall record. Klein works heavily with Virginia’s hitters and blockers, helping the Cavaliers to their best hitting percentage since 2015 and 250 blocks for a second-consecutive season.

Prior to UVA, Klein was an assistant at Minnesota State where he helped the Mavericks to an 18-11 overall record and mentored an AVCA All-American at outside hitter. During his season at Minnesota State, a pair of Mavericks earned all-conference honors. Klein served as the recruiting coordinator and was involved in all aspects of the program, assisting with skills training, scouting, camps, video and travel.

Prior to his time on staff at Minnesota State, Klein was a graduate assistant at Nebraska under Hall of Fame head coach John Cook. In two seasons with the Cornhuskers, Klein was a part of two Big 10 championships, two Final Four appearances and the 2017 NCAA Championship. At Nebraska, he was primarily responsible for scouting, assisting in skills training, practice set up and game day statistics.

Before he joined the coaching ranks, Klein enjoyed an eight-year professional career. Klein’s career took him across the world, with stops in Sweden, Netherlands, Finland and Switzerland before returning to the U.S. He captured a Finnish championship with Kokkolan Tiikerit in 2013, a Super Cup title with LUC volleyball in Switzerland and a Premier Volleyball League title with the Lightning in Chicago, Ill.

Klein earned a bachelor’s degree from Graceland University, where he was a two-time NAIA All-American and was named the 2008 NAIA Newcomer of the Year. Klein completed his master’s degree in higher educational administration at the University of Nebraska in 2018.