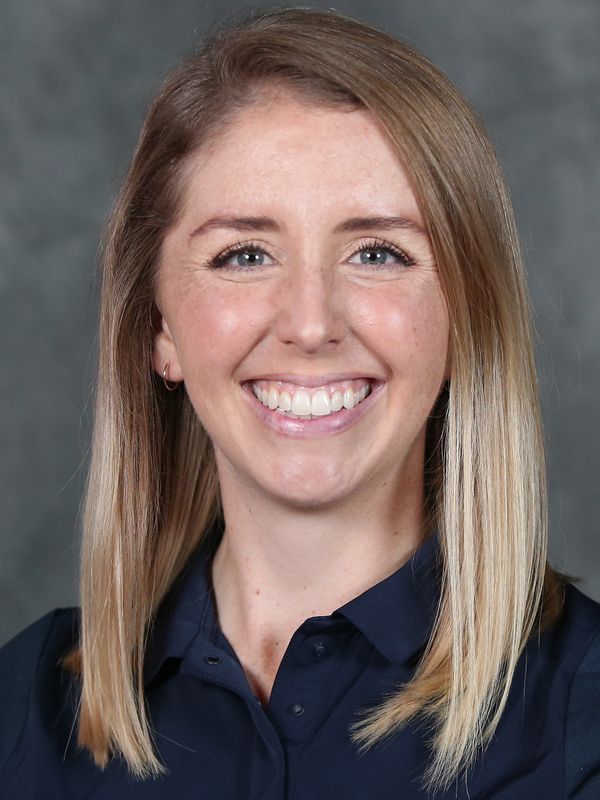 Marissa Majors joined the UVA women’s golf program in July of 2019. In 2021 she was elevated to the position of associate head coach. She is a SAM Level 3 certified putting instructor.

A native of Allen, Texas, she served as a volunteer assistant coach at SMU for one season prior to coming to Virginia. Previously, she competed for three years on the LPGA’s Symetra Tour, playing in 49 of its tournaments.

Majors competed at Wake Forest from 2011 to 2015, playing in 40 tournaments for the Deacons.

In just her second professional tournament, Majors won at Stallion Mountain in Las Vegas on the 2016 Cactus Tour. In her inaugural professional tournament, she tied for first but lost a playoff for medalist honors. The Allen, Texas, native made her debut on the LPGA Tour at the 2016 Marathon Classic in Ohio. She shot a 4-under 68 in a qualifier to claim one of the final two spots in the event.

As an amateur, Majors reached the finals of the 2011 USGA Women’s Amateur Publinks and qualified for the U.S. Amateur. She was the Texas 5A state runner-up as a junior at Allen High School.

In addition to volunteering at SMU last year, Majors worked during that time for Chisum Sports and Hospitality as a golf events and hospitality manager and as a certified fitness trainer. She has conducted golf clinics at Glen Eagles Country Club in Plano, Texas, since 2013.

Her father, Mark, played soccer at Duke, was a goalkeeper for the U.S. National Team and the Goalkeeper of the Year for the MLS’s inaugural season in 1996. Her mother, Stacie, also has ACC ties. She graduated from N.C. State. Majors  and her husband, Andrew, were married in 2021.