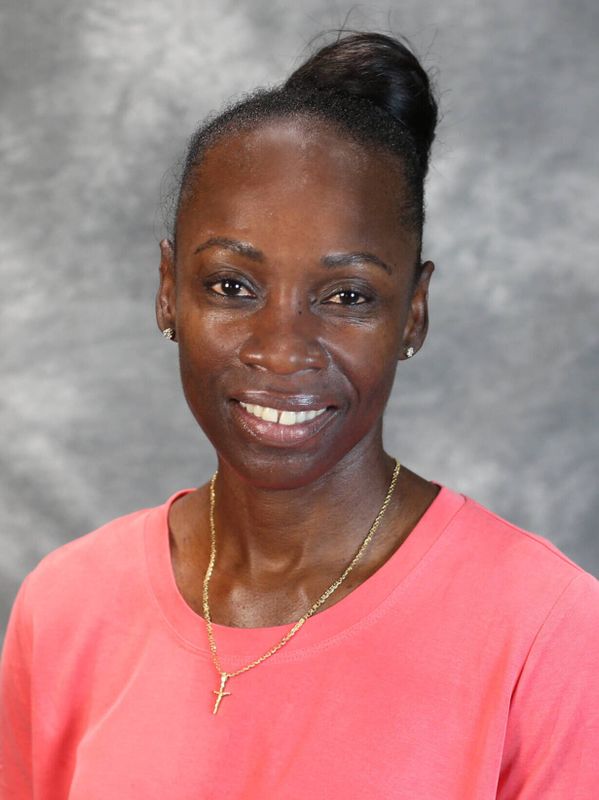 Michelle Freeman was named the assistant track and field coach in August 2017, serving as the sprints and hurdles coach for the Cavaliers.

At the 2021 NCAA Indoor Championships she saw sprinter Halle Hazzard earn All-America honors with an eight-place finish. During the meet’s prelims, Hazzard set the UVA record in the event with a time of 7.23 seconds. Earlier in the season, Hazzard posted the best 200m time (23.45) in UVA history.

Thanks in part to the accomplishments of the sprinters during the 2021 ACC Championships, the Cavaliers had their best team finish (third) since the 1995 team placed third. In all, five different UVA sprinters earned All-ACC honors in six events.

During the 2019-20 season, Freeman guided Anna Jefferson and Andrenette Knight to All-ACC honors at the women’s ACC Championships and Brandon Outlaw and Jordan Willis to conference honors at the men’s meet. Her athletes set five UVA records during the season as Willis and Outlaw topped the UVA list in the 200m and 400m, respectively. Halle Hazzard set the UVA record in the 60m, while Jada Seaman set the school record in the 200m and Alexis Woodley set the school record in the 60m hurdles. Hazzard concluded the season with the nation’s 17th-fastest time in the 60m dash.

Freeman guided Andrenette Knight to All-America honors during the 2018-19 season, in addition to seeing Knight and Anna Jefferson capture ACC titles during the outdoor season. Knight finished 12th at the NCAA Outdoor Championships in the 400m hurdles, earning second-team All-America honors. She also won the ACC title in the event, the first female Cavalier to do so since 1999. Anna Jefferson recorded her first ACC title at the outdoor conference championships, finishing first in the 400m dash.

In Freeman’s first year with the Cavaliers, two sprinters captured All-America honors at the NCAA Outdoor Track and Field Championships. Freshman Alfred Shirley set a school record at the NCAA East Prelims in the 400m dash. He advanced to the NCAA Championships where he finished 15th. Andrenette Knight placed 10th at the outdoor championships in the 400m hurdles, earning second team honors. Additionally, Ciara Leonard set a school record in the 100m hurdles, running a time of 13.26.

Prior to Virginia, Freeman served as an assistant sprints and hurdles coach at San Diego State from 2013-17. During her time at SDSU, the program recorded two top-20 finishes at the NCAA Outdoor Championships. Freeman also coached the 2016 NCAA 100-meter dash runner-up, Ashley Henderson.

During this past season (2016-17), Freeman coached five out of the six Aztecs competing at the NCAA Outdoor Championships. Four of her athletes earned All-America first-team honors and one captured second-team honors. Additionally, she saw her student-athletes set four school records and earn six conference titles over the course of the year.

Freeman began her coaching career at Texas serving in the capacity of interim assistant coach, a volunteer coach and the team’s strength and conditioning coach from 2000-12. While at Texas, Freeman worked with sprints, hurdles and jumps, while managing the weight training programs.

An accomplished athletic career herself, Freeman is a three-time Olympian (Barcelona in 1992, Atlanta in 1996 and Sydney in 2000). She earned an Olympic bronze medal with the 1996 Jamaican 4x100m relay team and reached the finals of the 100m hurdles, finishing sixth in the event.