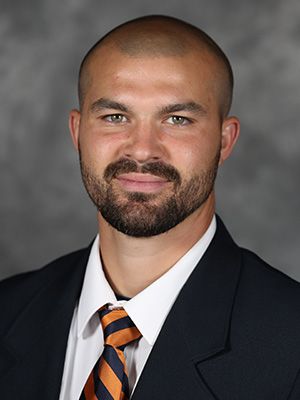 Mike Lyons joins the Virginia coaching staff following a two-year stint at Skyline Elite in the ECNL, first serving as a coach before accepting a position as a member of the technical staff.

Lyons’ professional career began overseas in Brazil in 2012 when he played at the U-20 level for Atletico Goianiense in Serie A of Brazil. Lyons then signed his first professional contract in 2013 with Associao Esportiva Evangelica (ASEEV) who played in the Campeonato Goiano.

In 2014 Lyons made the move to Ireland where he was on trial with Longford Town in the League of Ireland before signing a contract to play for Cabinteely FC in 2015. Lyons signed with Athlone Town, another League of Ireland side in 2016/17. At the end of the season, he returned to the United States to pursue his degree.

While in school at Lynchburg University, Lyons began his coaching career as an assistant coach for the Jefferson Forest High School boys soccer team, where his duties included planning training sessions and devising tactical strategies. In his time with Jefferson Forest Lyons and the staff led the team to its first appearance in the state final since the 2010 season.

Lyons resides in Charlottesville, Virginia with his wife, Abigail and their daughter Kai.