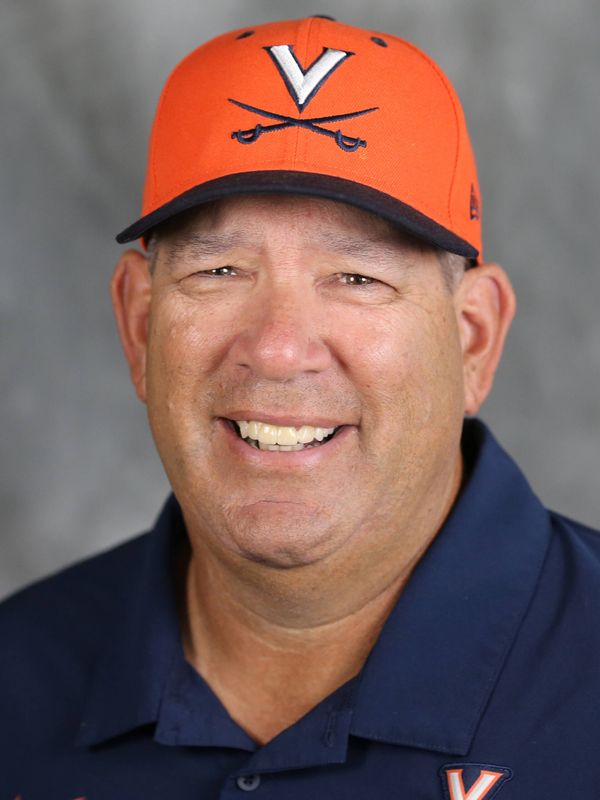 Mike Roberts in his first season as associate head coach and pitching coach with the Virginia softball program.

Roberts brings a wealth of experience with him to the Virginia program after coaching players to All-America honors at multiple schools, including Summer Ellyson (Louisiana), Taran Alvelo (Washington) and Cheridan Hawkins (Oregon). He also developed All-American Megan Kleist as a youth softball player and coached her again in the COVID-shortened 2020 season after she transferred to Louisiana from Oregon. Roberts also has international experience, serving as an assistant coach with the U.S. Women’s National Team and serving as an assistant coach with the New Zealand Women’s National Team.

He joins the Cavaliers after spending the last three seasons as the associate head coach at Louisiana as the pitching and infield coach.

In his time at Louisiana, Roberts helped the Ragin’ Cajuns claim back-to-back Sun Belt Championships and advance to a pair of NCAA regional finals. He also coached Ellyson to Sun Belt Pitcher of the Year honors twice and 2019 All-America honors. Kandra Lamb also earned All-Sun Belt first-team honors in 2021, while a total of 10 infielders garnered all-conference honors in his time at Louisiana.

Prior to his time at Louisiana, Roberts served as the head coach at Buffalo during the 2018 season, improving the Bulls’ win total by seven games overall from the previous season and coaching a pair of players to all-conference honors.

In his three years as the pitching coach at Washington (2015-2017), Roberts helped the Huskies to three straight 40-win seasons and the semifinals at the Women’s College World Series in 2017. Under his tutelage, Alvelo earned All-PAC 12 honors in 2017 as she turned in a 1.89 ERA with a 35-9 record with a 2.07 ERA and 200 strikeouts. Roberts was part of the Pacific Region Coaching Staff of the Year in 2017.

Before joining the Huskies, Roberts spent the 2014 season as the pitching coach at Oregon. With the Ducks, he coached Hawkins to All-America honors as well as first-team All-PAC 12 recognition, posting 35 wins and striking out 330 batters. That season, Oregon posted a 56-9-1 record and advanced to the semifinals of the Women’s College World Series. The 2014 season saw Roberts and the Ducks coaches earn Pacific Region Coaching Staff of the Year.

Roberts started coaching in the collegiate ranks with the University of Wisconsin – Green Bay where he coached the pitchers and catchers for three seasons (2009-2012).

He also brings playing experience with him as he claimed an ASA national title, an ISF junior world title and eight New Zealand national titles. Roberts is a two-time ASA Men’s All-American.