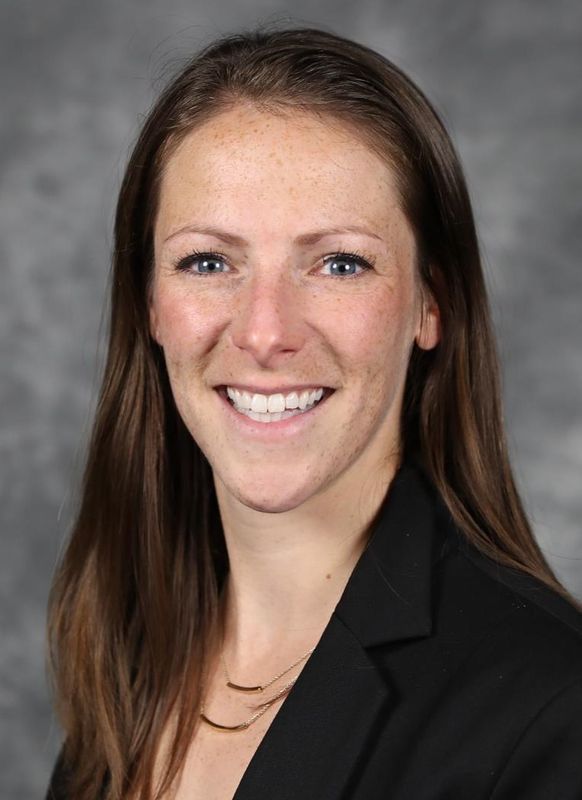 Nicole Freitag was named an assistant coach for the Virginia cross country and track & field team in October of 2019. In the spring of 2021 she helped graduate student Michaela Meyer become the program’s first individual champion when she won the 800m at the NCAA Championships. That season Meyer rewrote the school records in the 800m and 1500m several times and reached the finals of the U.S. Olympic Trials in the 800m.

During her first season on Grounds, she coach Gabriella Karas to All-Southeast Region honors in cross country.

Freitag joined the UVA staff as a nationally decorated distance runner. The former Oregon runner was a nine-time All-American and four-time Pac-10 champion. During her career, Freitag recorded nine top-10 finishes at the NCAA championships (two- cross country, four – indoor track and field, three- outdoor track and field), including finishing as the 2009 NCAA outdoor runner-up in the 5,000m. She also captured two third-place finishes on the national stage, finishing third in the outdoor 5,000m in 2008 and in the 10,000m in 2010.

Freitag won the Pac-10 cross country conference title in 2009 and captured three track and field crowns, winning the 5,000m race twice and 10,000m race once. After college, Freitag competed as an elite athlete for Nike (2010-12) where she trained to make an Olympic team and compete on an international level.

From 2012-14, Freitag served as the women’s assistant cross country and track coach at Columbia. With the Lions, she qualified distance runners for the NCAA regional and national championships. She also recruited highly-ranked runners, both on a state and national level, to the program.

Prior to Virginia, Freitag worked for two years (2017-19) at On in Portland, Ore., starting as an event producer before being named the global sports marketing manager over track and field in 2018.  As an event producer, she managed North American expos and trade shows for the company, in addition to handling contracts for sponsored events as well as executing launch events for North America.

As the global sports marketing manager, she created and implemented On’s strategy as it branched into track and field. She expanded the company’s track and field roster while cultivating relationships with the sport’s community.

Freitag worked for Nike from 2015-17 as a running expert and brand response specialist, where she analyzed and tracked footwear trends and educated consumers on footwear specifics. She served as a national scholastic sales manager for ElliptiGO the year prior (2014-15). Freitag increased product awareness with EllptiGo and contributed articles to the company’s monthly sports performance newsletter.

Freitag graduated from Oregon with a bachelor of science degree in journalism in 2010. She and her husband, Brock, had their son Riggs in July of 2021.