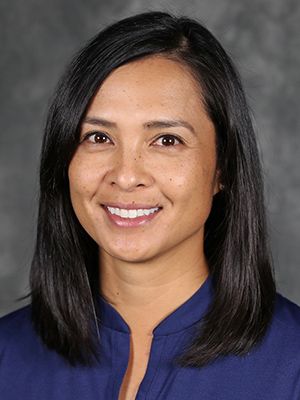 Head coach Ria Scott heads into her fourth season at Virginia with the deepest roster she has had during her time on Grounds thanks to several highly-ranked recruiting classes and the fact that all five starters from the 2020-21 season return including  All-American Beth Lillie. Thanks to an extra year of eligibility granted to student-athletes due to the pandemic, Lillie will be competing for a fifth season at UVA.

Lillie’s honor came after placing ninth at the 2021 NCAA Championships during a season that saw UVA win its season-opening tournament and receive its 15th consecutive berth to the postseason. 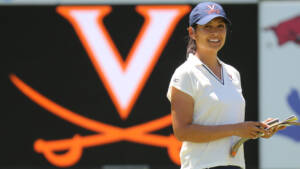 During Scott’s time, the Cavaliers have also enjoyed tremendous upgrades in facilities. UVA now calls the Dean Family Golf Performance Center home. It is located at Birdwood Golf Course that reopened in July of 2020 following an 18-month redesign by Davis Love Golf Design that positioned it as one of the top collegiate courses in the nation.

In Scott’s third season at UVA in 2019-20, her team was coming off a win at the IJGA Collegiate Invitational in Guadalaraja, Mexico, and positioned for a return to the NCAA Championships before the campaign ended early due to the COVID-19 pandemic.

Scott made a seamless transition in her first season as the head coach of the Virginia program in 2018-19 following a nine-year career at Oregon. She guided UVA to a 14th-place finish at the NCAA Championships and saw her team compile seven top-five tournament finishes.

She was recognized by the Virginia Sports Information Directors as the state’s women’s golf coach of the year.

Her career at UVA got off to a fabulous start during the fall of 2018, as UVA won the team championship at Michigan State’s Mary Fossum Invitational in her first event as Virginia’s head coach.

The Cavaliers finished her first season ranked No. 17 by Golfweek and No. 18 in the final Golfstat poll.

Scott also got to witness a big of history as senior Anna Redding competed in the inaugural Augusta National Women’s Amateur.

Redding went on to earn All-American honors under Scott and was named to the 2019 All-ACC squad along with teammate Lillie.

During her inaugural season at Virginia, she served as an assistant coach for the Internationals team at the 2019 Arnold Palmer Cup, helping that squad to a victory against its USA counterparts. 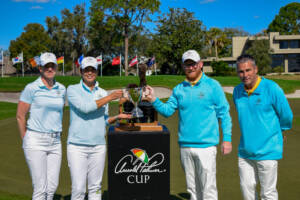 Scott, a native of the Philippines, teamed with Washington’s Alan Murray to coach the International squad to another victory at the 2021 Palmer Cup.

During her time at Oregon, Scott guided the Ducks to NCAA postseason play in all nine of her seasons in Eugene. Prior to her arrival, Oregon hadn’t advanced to the NCAA Finals in 10 straight years.

Under Scott’s guidance, the Ducks finished the season ranked no worse than 35th nationally on four separate occasions and made a habit of being ranked in the top 25. Oregon has also posted 34 top-five team finishes since 2009, including eight tournament championships and eight individual medalist honors.

During the 2016-17 season, Scott led the Ducks to the program’s first back-to-back NCAA Championships appearances since 1997-98, and the team recorded its best NCAA Regional finish, placing third at the Lubbock Regional. That performance came a year after the Ducks advanced to the match play portion of the 2016 NCAA Championships.

Oregon’s tie for fifth place at the 2016 NCAAs marked the best post-season performance in the program’s history. The Ducks also achieved their highest ranking since 2012 as Golfstat placed Oregon at No. 17 at the completion of the season.

Scott’s teams have exhibited consistent excellence in the classroom. In 2018, UO junior Petra Salko earned the first-ever CoSIDA First-Team All-District honor in program history while the entire team received the NCAA Public Recognition Award for academic achievement for the third year in a row.

During the 2014-15 season, Scott and the Ducks finished the season with a 292.66 season scoring average, blowing away the record that was set in the 2013-14 season (298.61) by almost six strokes. In addition to playing the best golf statistically in program history, UO wrapped up the year with two tournament victories in the spring season – Peg Barnard Invitational and Silverado Showdown – giving them two spring victories for the first time since the 2000 season. Behind Scott’s direction, the Ducks earned their best finish and score at the conference championships in program history with an 858 that gave them second place. Individually, Caroline Inglis became Oregon’s first Pac-12 Champion.

Scott joined the Oregon staff in 2009 after a two-year stint as the head coach at San Francisco. During her second season with the Dons, Scott was named West Coast Conference Coach of the Year as her team spent most of the spring ranked in Golfstat’s top-30.

Before becoming a coach, Scott played professionally around the world. Her professional highlights include appearances in the 2006 Women’s World Cup in South Africa and the 2004 U.S. Women’s Open. Scott was the first woman to compete in an Asian PGA event, competing in the 2004 DHL Philippine Open.

As a student-athlete at California, she led the Bears to the 2003 NCAA Championships and was a 2003 All-Pac-10 and 2002 All-Region honoree. As a senior co-captain in her final season, she helped the Bears win a school-record seven tournaments, capture Pac-10 and NCAA regional titles, and rank as high as second nationally. The two-time Pac-10 All-Academic honorable mention selection also won the 2003 Anna Espenschade Award, presented to the top graduating female student-athlete at Cal.

As a prep, the Philippines native started the golf program at James Logan High School in Union City, Calif., where she captained the boys’ team her final three years. She won the 1997 California Junior Girl’s Championship at Pebble Beach less than four years after she picked up her first golf club.

Among various national and international events, she qualified for six USGA Championships – one U.S. Women’s Open, two U.S. Girl’s Junior, and three U.S. Women’s Amateur events. Scott advanced to the Round of 16 at the 2001 British Women’s Amateur. In addition, she competed for the Philippine National Team (1997-2002) and earned a gold medal in the 1997 Southeast Asian Games and a pair of bronze medals in the 1998 and 2002 Asian Games. Scott also played in two World Amateur Team Championships in 1998 (Chile) and 2000 (Germany) for the Philippine National Team.

Scott was on the Board of Directors for the Women’s Golf Coaches Association from 2012-2016 and most recently was the Associate Vice President from 2014-2016.

She is married to Drew Scott, a former collegiate and professional golfer and college coach at Rice University. They have two sons, Walker and Grant.