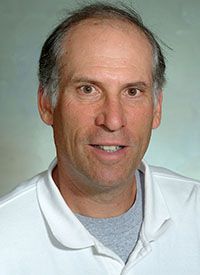 Roger Payne was named boatman emeritus and volunteer coach in July of 2018 after retiring upon completing 14 seasons as boatman for UVA. Before coming to UVA, he worked as the boatman for Wisconsin for 14 years.

In 2012, Payne helped construct one of the Cavaliers’ newest boat, the Craig K. Littlepage, dedicated in honor of Virginia’s Director of Athletics. The boat was used by the Varsity Eight that won the NCAA Championship less than two months after its dedication.

A 1976 graduate of the University of Washington, Payne rowed lightweight crew for the Huskies and was a four-time Canadian Henley lightweight doubles champion. Payne was also the head women’s rowing coach at Oregon State, and worked for Pocock Racing Shells and Owen Racing Shells.

Payne is an active oarsman and competes in master’s events. He and his wife, Kathie, have a son and daughter, Collin and Eva, who both rowed for Wisconsin.