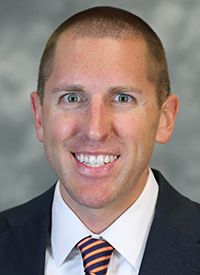 He was an operations assistant in the men’s basketball program at Washington State University for three years prior to joining the staff at Virginia. At Washington State, Wideman coordinated team travel, official visits of recruits and video exchange, organized summer camps, oversaw facility scheduling and the managerial staff, managed the program’s budget and performed a number of other administrative duties.

Wideman joined the Washington State staff after serving four years as a student manager with the Cougars’ program. He assisted with the day-to-day operations of the program as a student manager, including working with video exchange, team travel, equipment distribution, summer camps, the supervision of volunteer managers, and editing game and practice video footage.

Wideman and his wife, Courtney, and daughter, Emily, reside in Charlottesville.