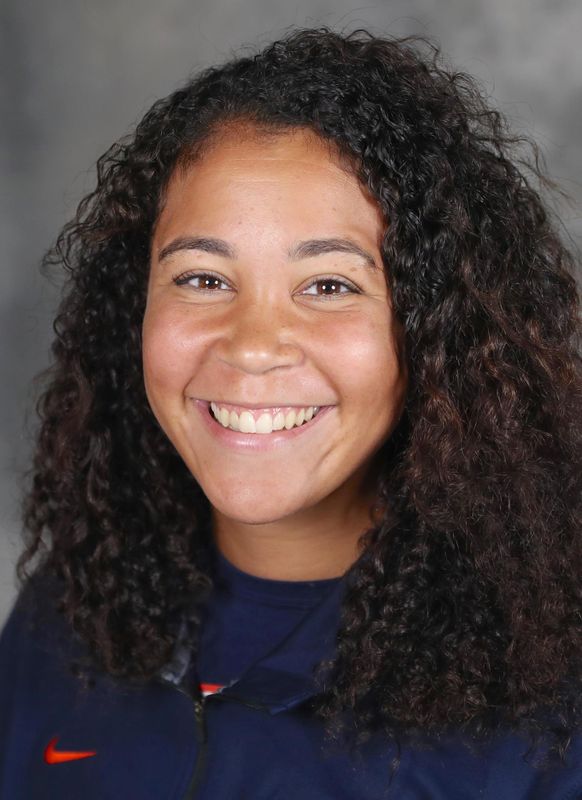 Shae Braxton joined the Virginia softball coaching staff in August 2019 and is entering her second season with the Cavaliers in 2021. Braxton works primarily on the defensive side of the ball with the Cavaliers.

In her first season on Grounds, she helped Virginia to its best start since 2012 with an 8-4 mark to open the year. Braxton also had an immediate impact on the Cavaliers’ defensive efforts, guiding the squad to a .951 fielding percentage, the best mark at UVA since 2013. The Hoos also turned eight double plays in the shortened 22-game season.

With Braxton on staff, the Wildcats finished second nationally in stolen bases during the 2018 season. In 2019, Braxton helped Bethune-Cookman to its first victory over a nationally-ranked team since 2005.

A native of the Commonwealth, Braxton brings a wealth of Virginia connections to the staff. She played her high school softball at C.D. Hylton in Woodbridge and later returned as an assistant on staff. In addition, Braxton has coached for a pair of travel organizations in Virginia. She also spent time as a softball instructor and trainer in Manassas.

As a student-athlete at Marshall, Braxton helped the Thundering Herd to a pair of NCAA tournament appearances and a national ranking in 2017. She was a member of two C-USA championship teams and a 2013 C-USA All-Freshman team member. Braxton holds seven top-10 marks in Marshall’s career record book, including the second-most RBI (171) in program history.

Braxton, who redshirted while with the Thundering Herd, earned a bachelor’s degree in health sciences from Marshall in 2016. She was a 2015 NFCA Mid-East All-Region selection and NFCA All-America Scholar Athlete.