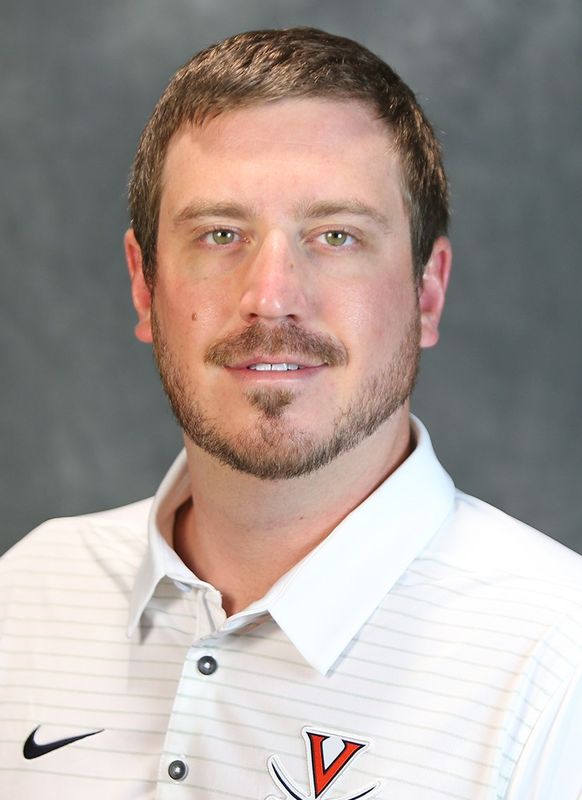 Foltz helped guide Virginia’s women’s team to the program’s first NCAA Championship in 2020-21. UVA won six national titles in individual and relay events at the NCAA Championships, the most ever by an ACC program. The Cavaliers had 12 athletes named to CSCAA All-America Teams (10 first team and two second team). Virginia also won its third women’s ACC Championship in four years, and league-record 17th overall. The men’s team had its best finish at NCAA’s since 2011, placing ninth overall, and picked up 28 All-America honors. Matt Brownstead won ACC titles in the 50 free and 100 free and the men’s team had five All-ACC honors.

Foltz helped coach the upper sprint group and worked with all four strokes during the 2019-20 season. He helped the women’s team capture their 16th ACC title and second title since he joined the staff in 2017. Paige Madden was named the ACC Swimmer of the Year and ACC Swimmer of the Meet, while Kate Douglass was named the ACC Freshman Swimmer of the Year. The men’s team earned its best finish at the ACC Championships since 2013, finishing as the conference runner-up. Combined, Virginia recorded 12 ACC titles and 23 All-ACC honors.

During the 2018-19 season, Foltz aided the Cavaliers with a sixth-place NCAA finish on the women’s side and a 10th-place finish on the men’s side. Foltz coached Megan Moroney, Kaki Christensen, Keefer Barnum, Cooper Wozencraft and Casey Storch to All-America honors

In his first season with the Cavaliers, Virginia reclaimed the women’s ACC title, while the men’s team finished third at the conference championships. The women’s team finished the season with a ninth-place finish at the NCAA Championships as the men captured a 29th-place finish. The Cavaliers earned All-America honors in 21 events. Foltz aided the program in earning 34 All-America selections on the men’s side and 25 selections on the women’s side.

Foltz served as an assistant coach at NC State in 2016-17, helping the program achieve one of its best performances in recent history. Both programs finished in the top-10 at the NCAA Championships with the men earning a fourth-place finish while the women tabbed seventh. Additionally, the programs both won the 2017 ACC title with the men capturing the championship for the third year in a row and the women earning the conference trophy for the first time since 1980.

During his time with the Wolfpack, Foltz helped coach 34 male and 25 female All-American performances. Additionally, he had a hand in the Pro Group Wolfpack Elite’s success over the last year including a World Championship title by Simonas Bilis and a third-place finish for Cullen Jones at the 2017 U.S. World Championship Trials.

Prior to NC State, Foltz worked at Southern California (2014-16) as an assistant coach, helping the program record 64 All-American performances. During this time, the women’s program captured the 2016 Pac-12 conference championship and a sixth-place finish at the NCAAs. The men’s team recorded the conference title in 2015 in addition to finishing fourth at the NCAAs. The coaching staff earned Pac-12 Staff of the Year honors in 2015 for the men’s program and 2016 for the women’s program.

Foltz served as an assistant coach for the Trojan Swim Club from 2014-16, where he worked with 31 Olympic and World Championships qualifiers, in addition to helping guide six Olympic gold medalist and nine U.S. national team members.

From 2012-15, Foltz was a volunteer assistant coach for NC State in addition to working with the Marlins of Raleigh Swim Team (2012-14) as an assistant coach.

Foltz has an extensive background operating meets helping to run the 2015 Special Olympic Games the 2015-16 Los Angeles Invitational and all of the Southern California home meets.

He has a bachelor’s degree in business management from Towson. While at Townson, Foltz was awarded the most valuable swimmer for the university. He was awarded the Unsung Hero Award for Towson Swimming in 2010 in addition to being named the Rookie of the Year in 2009.