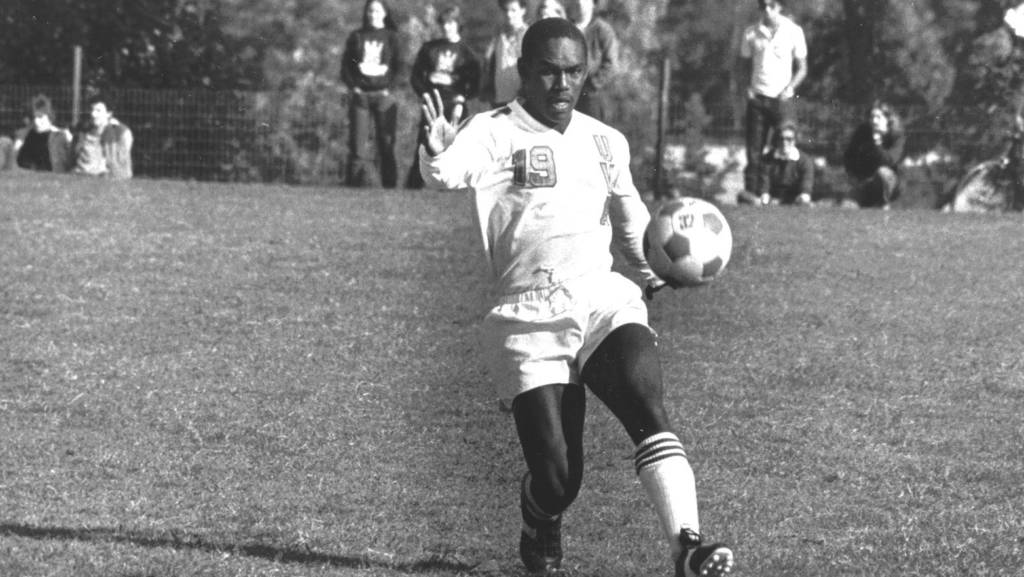 In the early 1980’s before the National Championships and before the Hermann Trophies, before Ben Olsen, Mike Fisher, Claudio Reyna, Tony Meola, John Harkes, Jeff Agoos, George Gelnovatch and Jeff Gaffney wore the orange and blue, there was someone else that helped put Virginia Soccer on the map. His name was Voga Wallace.

Voga came to the University of Virginia from Silver Springs, Maryland. He arrived in Charlottesville with a swagger, a smile and a lot of game. By the time Voga reached the Grounds, he had already gained quite a reputation for his athletic prowess. At a time when soccer was just emerging as a serious varsity sport, Voga was a shining example that great athletes did play soccer. He was as strong as any football player, as fast as any sprinter and could jump as high as any hoopster.

For those of us who knew Voga , as impressive as his athletic feats, the thing we will probably remember most was Voga’s unforgettable personality. Always smiling … always upbeat … always optimistic, he was always focusing on the positive. No matter the score or circumstance, Voga never conceded victory. As a teammate and a friend, whether on the field or off, Voga always wore his uniform with pride, honor and grace. Honoring Voga with the establishment of a soccer scholarship is a tribute to both his love of the game and of the University.