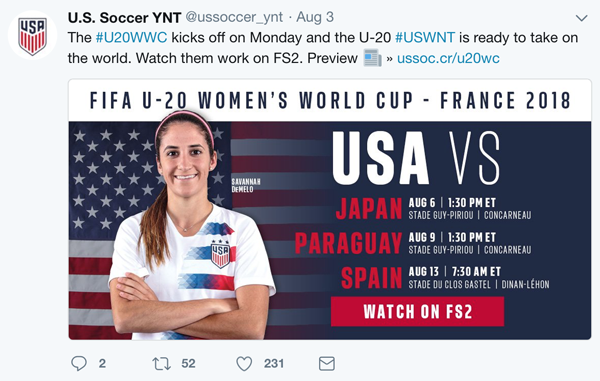 Four members of the Virginia women’s soccer team will represent the United States at the FIFA U20 Women’s World Cup beginning this week in France. The US opens play against Japan today at 1:30 p.m. The broadcast can be seen on FS2. It’s the first of three matches in pool play for the US team with matches against Paraguay and Spain still to come. Junior Zoe Morse, sophomores Laurel Ivory and Taryn Torres, and freshman Alexa Spaanstra all represent UVA on the US team. 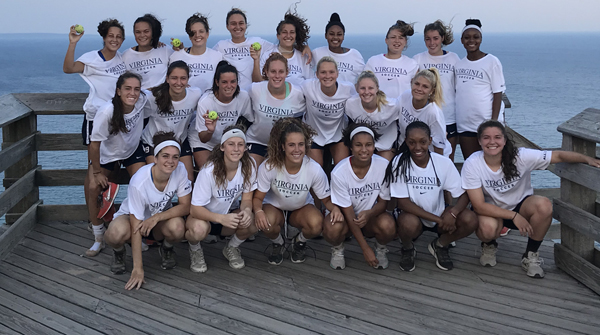 The Virginia women’s soccer team opened its training camp in Maple City, Michigan, over the weekend as the team prepares for the 2018 season opener on August 17. Members of the team trained at Myles-Kimberly Park and did some team building and further training at the Sleeping Bear Dunes. The Cavaliers welcome six new players to the squad this season, along with 20 returning players from last year’s Sweet 16 club.

Look Hoos in the Semis 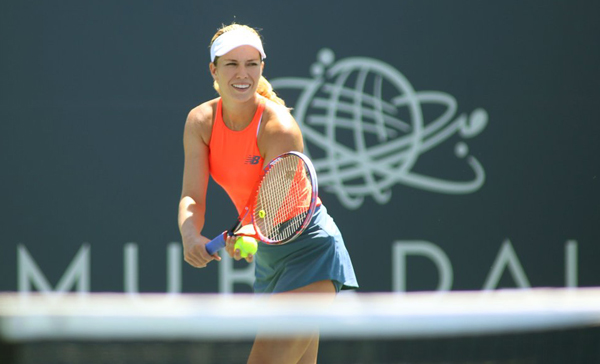 Congratulations to former #UVAWTEN All-American Danielle Collins who advanced to her second WTA semifinal of the year. Collins faced former world No. 1 Victoria Azarenka in the quarters, battling through a tiebreaker in the first set before Azarenka retired with an injury while trailing 3-0 in the second set. Read a recap of the match and Collins’ run to the semis here.