Technically, it is a Ring of Honor as opposed to a Hall of Fame, but still the same HUGE congratulations to former #UVAFB standout Rondé Barber on being the 13th person inducted into the Tampa Bay Buccaneers Ring of Honor. Barber spent his entire career playing in Tampa Bay and has played in more games than any other player in franchise history. Barber’s playing career stretched from 1997, when he arrived as a third-round pick out of Virginia, through 2012, making him the only player ever to suit up for 16 Buccaneer seasons. His career totals include 28.0 sacks and 47 interceptions, which make him the only player in NFL history to record at least 25 sacks and at least 40 interceptions. His interceptions are the most in franchise history and his sacks are the most by a cornerback in league history, and the second-most by any defensive back. Barber was a big-play specialist, as evidenced by his 14 non-offensive touchdowns, the fourth most ever by an NFL player. The unveiling ceremony will take place on Sept. 22, 2019, before a home game against the New York Giants.

Will He or Won’t He 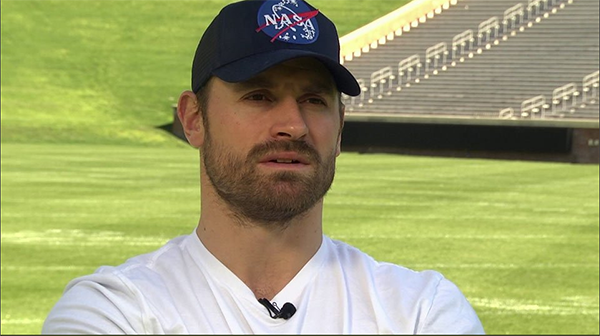 There has been much speculation about the NFL future of #UVAFB standout and two-time Super Bowl Champion Chris Long. NBC29’s Henry Graff sat down with @Joel9One in this interview. Though he doesn’t clear up that particular issue, he does share how his offseason projects within the community have been keeping him quite busy.