We have FOUR stories today about Hoos hoisting hardware. Seems like a great way to start the week! 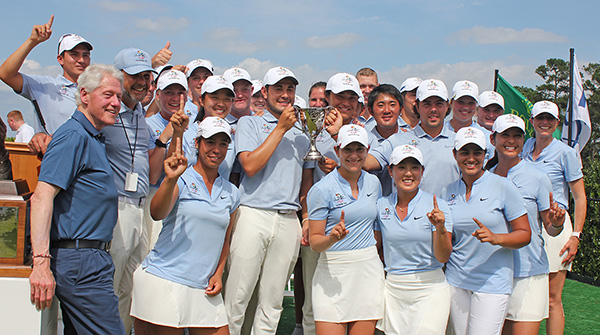 First up, #UVAWGolf head coach Ria Scott helped the International team win this year’s Palmer Cup over the weekend. Scott was a member of the International squad’s coaching staff. The event is a Ryder Cup-style tournament featuring the top men’s and women’s university/college golfers matching the United States against a team of international players 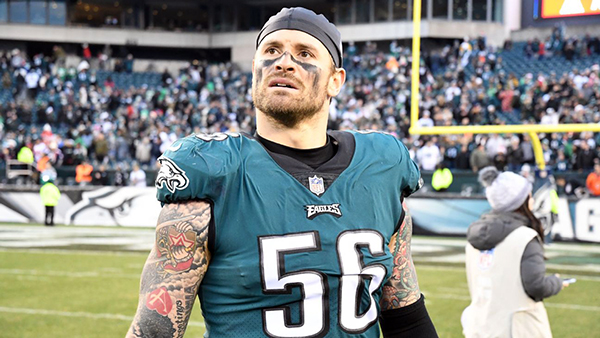 Recently retired Philadelphia Eagles defensive end and former #UVAFB standout Chris Long has won his second consecutive “Good Guy Award” from the Professional Football Writers of America. The award is given to an NFL player for his qualities and professional style in helping pro football writers do their jobs. 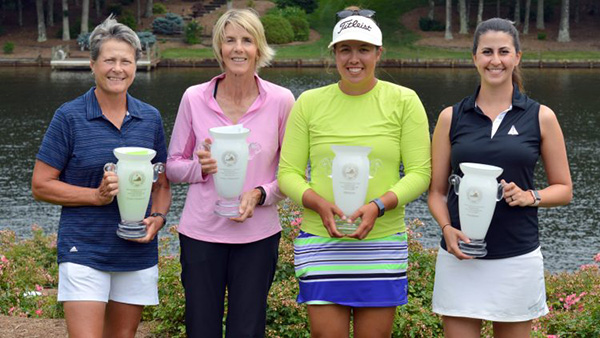 Returning to the golf front, former #UVAWGolf standout Lauren Greenlief, a USGA Champion, is taking fourth month sabbatical from her job with the Boston Consulting Group to concentrate on a number of top amateur events. Last week she reached the quarterfinals of the Southern Women’s Golf Association’s Amateur Championship and over the weekend she defended her Virginia State Golf Association Women’s Four-Ball title. Greenlief won the 2015 U.S. Women’s Mid-Amateur title. 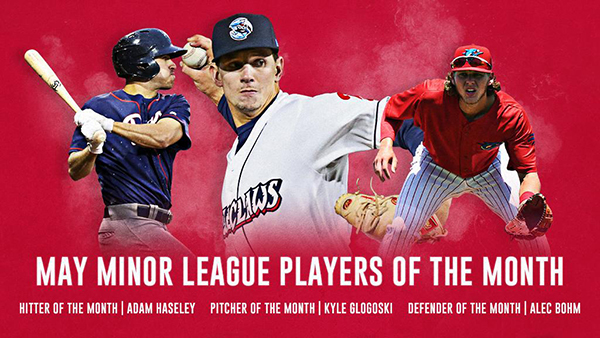 Former #UVABase standout Adam Haseley has been named the Philadelphia Phillies’ Minor League Hitter of the Month. Haseley, who was called up to the Phillies and collected his first Major League hit last week, posted a .330/.402/.570 slash line in May, going 33-for-100 with seven doubles, one triple, five home runs, 15 RBI, 19 runs, 11 walks and three stolen bases over 27 combined games for double-A Reading and triple-A Lehigh Valley.The 23-year-old reached base safely in 22 of his 24 games with Reading last month before being promoted to Lehigh Valley in late May. The left-handed hitter collected three hits in his triple-A debut on May 29. A Florida native, Haseley was selected by the Phillies in the first round (No. 8 overall) of the June 2017 draft.