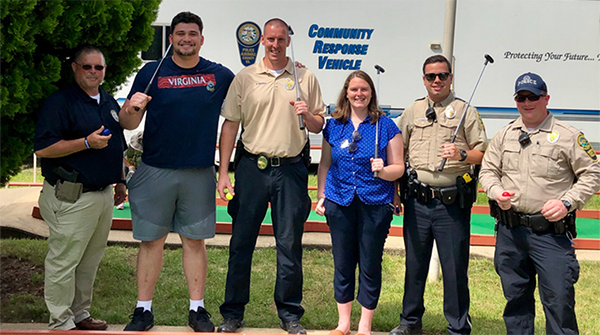 #UVAFB sophomore Ryan Nelson was at the Putt-Putt Fun Center on Rio Road yesterday playing a round (or two) with some new friends. Nelson was participating in the fourth annual Putt-Putt With the Police, an event put on by the Albemarle Police Foundation  where children from all over the county play mini golf with officers, and Ryan Nelson. This year’s event had its largest turnout ever. 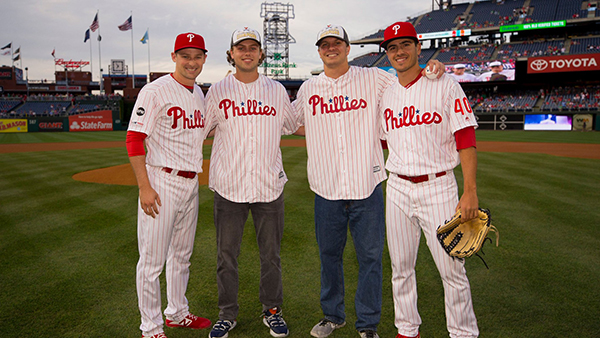 On Wednesday night, the Philadelphia Phillies celebrated a pair of local national champs. Philadelphia natives and members of the #UVAMLAX team Dox Aitken and Matt Moore threw out the first pitch at Citizens Bank Park. Also on hand to congratulate the duo were the two UVA alums currently on the Phillies’ roster: Phil Gosselin and Adam Haseley. 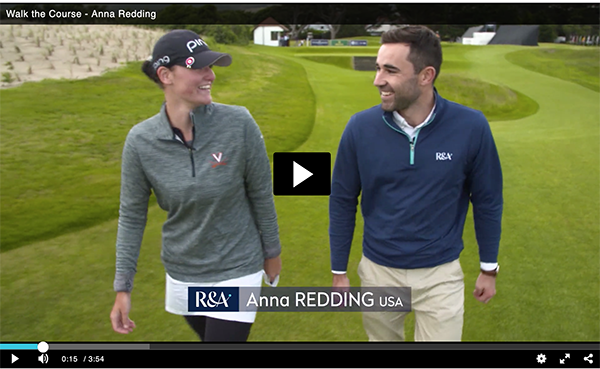 #UVAWGolf-er headed across the pond this week for The Women’s Amateur Championship. She did not advance to match play, but was featured on the R&A’s website in a video profile (scroll down to the bottom of the page where the videos are and you will find hers, entitled “Walk the Course with Anna Redding”)