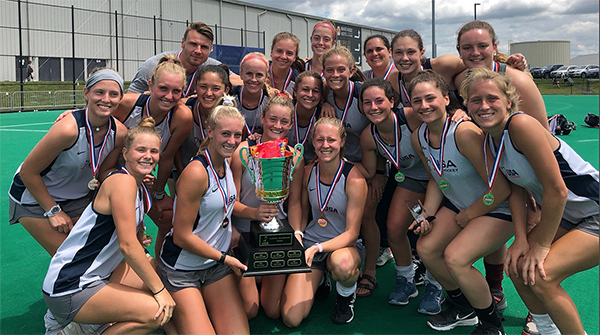 USA Field Hockey held the Young Women’s National Championship at its training facility in Lancaster, Pa. More than 130 of the most elite female collegiate and post-collegiate athletes battled it out on eight teams, showcasing their skills in front of coaches and selectors for an opportunity to advance within the Olympic Development Pathway. The Cavaliers had nine players competing in the tournament and yesterday’s championship match pitted Hoos against Hoos. Incoming first year Adele Iacobucci was a member of the gold-medal-winning U19 squad (above), that was coached by UVA assistant coach Ole Keusgen. Greer Gill, Colleen Norair and Carrera Lucas all picked up silver medals as members of Team Spirit (below). Click here for a recap and to see a photo gallery from the event. 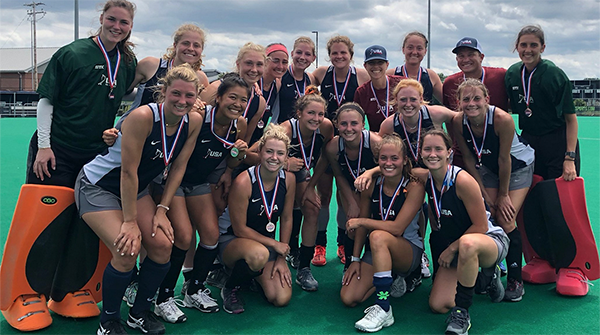 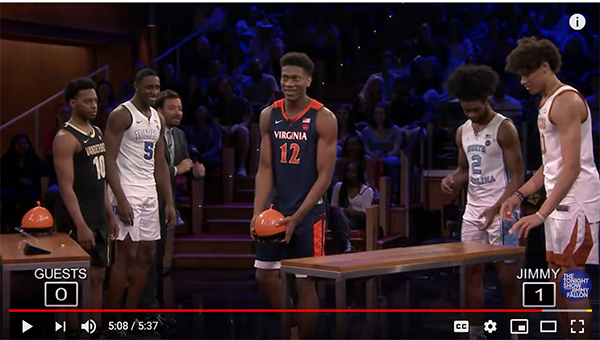 Former #UVAMBB and (fingers crossed) soon to be NBA draftee De’Andre Hunter was on the Tonight Show Starring Jimmy Fallon last night. Hunter was one of five potential draftees invited to participate in a basketball shooting contest using random objects. Give the segment a watch here.