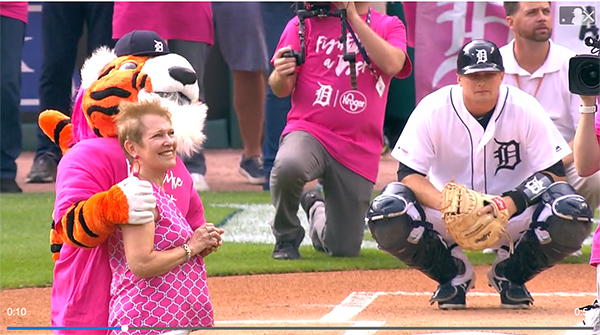 Former #UVABase standout John Hicks was behind the plate for Friday night’s MLB game between the Tigers and the Blue Jays. He was back there for 198 pitches during the game, but it was the one that happened before those that was the most important of the evening. For the Tiger’s Pink Out the Park Night, Hicks was catching the ceremonial first pitch, delivered by his mom, Karen Hicks. Karen was diagnosed with HER@-positive breast cancer (a particularly aggressive form)  in 2015. As John explains: “She did chemo and had a double mastectomy, got rid of [the cancer]. She found another spot under her arm and that was cancer as well, and they got rid of that. And then after that, she just has regular scans just because of the type it is, and they found a couple spots on her lungs. She has done chemo, and now it’s just about maintenance and keeping them shrinking instead of growing.” Click here to read more about the Hicks’ story and check out the emotional first pitch. 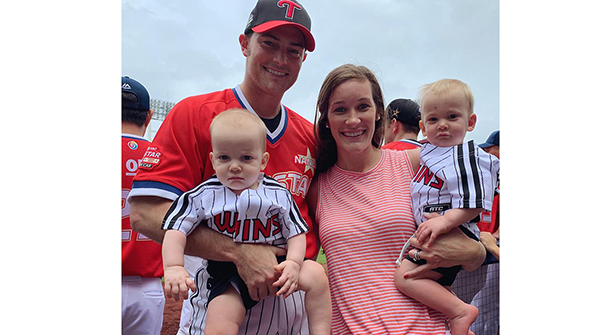 Congratulations to former #UVABase pitcher Tyler Wilson. Wilson was named to the roster of the KBO All-Star game. Wilson is in his second season as a starting pitcher for the LG Twins in Korea. He has a 2.55 ERA this season with a 9-5 record in 20 starts. His wife, former #UVAWBB player and TV and radio analyst Chelsea Shine-Wilson was on hand to help celebrate, along with their twin sons.