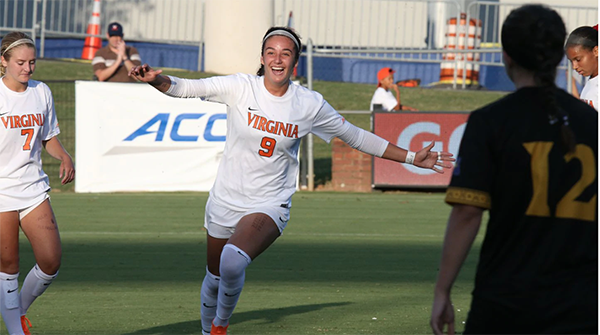 Freshman forward Diana Ordoñez with the Virginia women’s soccer team is one of the top scorers in the nation and is a big part of the Cavaliers being on top of the women’s rankings. At the same time, the UVA men’s team is also sitting atop the rankings as one of the nation’s only undefeated and untied teams. Steven Goff of the Washington Post wrote about both teams in his soccer wrapup this week. Read about it here. 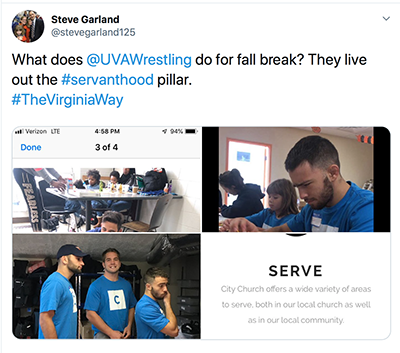 Members of the Virginia wrestling team kicked off their fall break by getting out in the UVA and Charlottesville community and giving back. Servanthood is a big part of what head coach Steve Garland calls The Virginia Way and his team displayed it over the weekend.

Hoos in the Playoffs 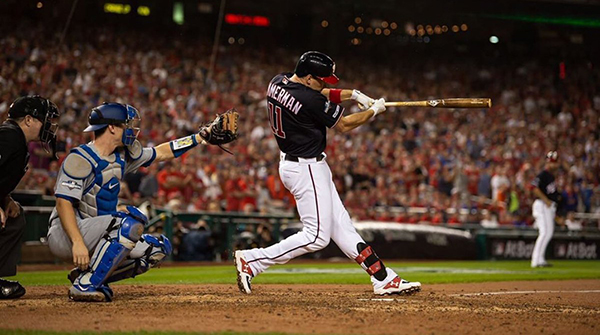 A pair of former members of the #UVABase team came up big on Monday night for the Washington Nationals to force a Game Five in the National League Divisional Series against he Dodgers. Ryan Zimmerman went 2-for-4 with a homerun (watch it here) and three RBI while Sean Doolittle pitches a perfect 1.1 innings. You can hear Nats fans give a rousing “Doooooooooooooooo” as he exited the mound here.