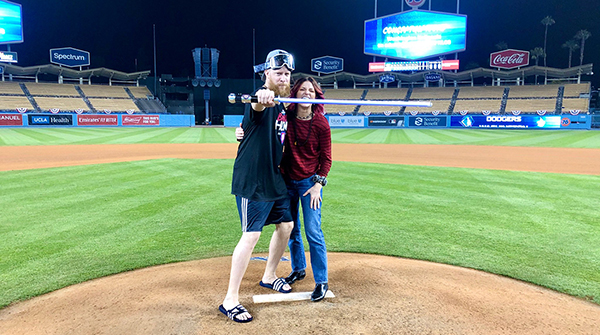 Congratulations to Sean Doolittle, Ryan Zimmerman and the Washington Nationals who have advanced to the National League Championship Series for the first time, coming back from trailing LA 3-1 in the eighth inning to winning the game, 7-3. Doolittle recorded the final out, and his feelings abut that are captured in the photo below (taken by Scott Varley of the Daily Breeze). However, it is the celebratory pic above, posted by his wife Eireann Dolan, that we love the most. 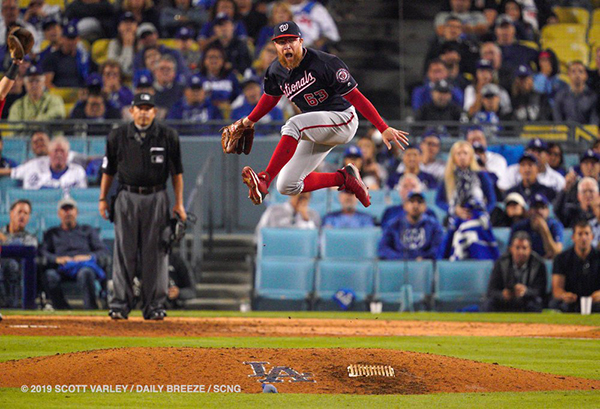 Thanks to her runner-up finish at last weekend’s LPGA tournament, former UVA All-American Brittany Altomare has passed the $2 million mark in career earnings on the tour.
(her correct twitter is @brittalto, not the one in the graphic) 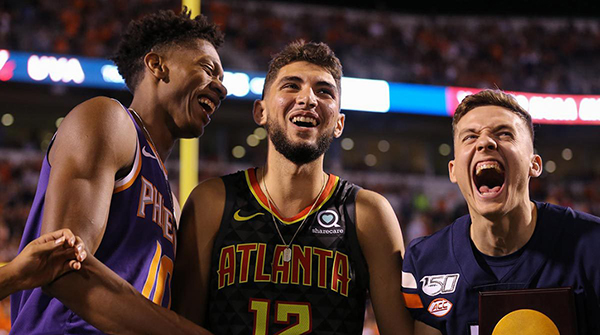 Former #UVAMBB teammates will be on opposite benches Thursday night in an NBA preseason game when Ty Jerome’s Phoenix Suns take on Kyle Guy’s Sacramento Kings. UVA Today’s Whitelaw Reid has this story about their thoughts on facing one another as well as some early notes from preseason action.