Progress every game is what the rook is aiming for. #VamosOrlando pic.twitter.com/eapr094L0z

@UVAMensSoccer’s Daryl Dike, the fifth overall pick in the 2020 MLS SuperDraft, was in the starting lineup of the final preseason match for Orlando City SC. He discusses his nerves and what it was like to see his first action in this video.

With @uvabaseball season starting last weekend and Spring Training camps opening for MLB, it’s time to check up on some of our alums.

Former Cavalier Ernie Clement is in major league camp with the Cleveland Indians this spring. He sat down with Chris MacLean of the “Turn a Pair” Podcast to discuss his first day on the job and variety of other topics. Listen to the podccast here. 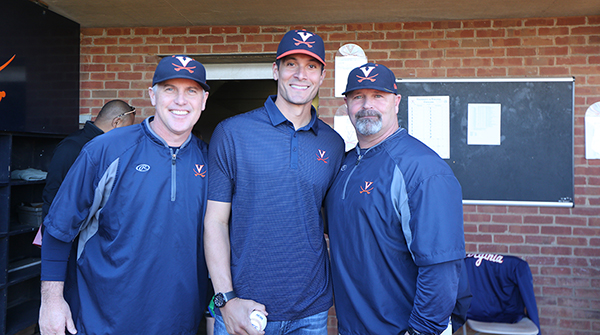 Former Cavalier pitcher Javier Lopez will join the ACC Network as an analyst for the 2020 college baseball season. A member of the inaugural Virginia baseball hall of fame of class, Lopez enjoyed a 14-year MLB career and was a two-way player for the Cavaliers from 1996-98. He won four World Series titles during his MLB career.