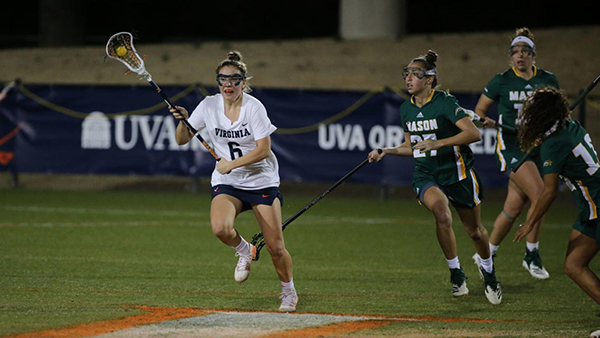 @UVAWomensLax’s Gwin Sinnott hadn’t reached high school when a rare medical condition claimed the lives of her young cousins. This family tragedy has inspired her to become a nurse. You can read more about her story in this article in the Richmond Times-Dispatch, including her humble reactions to winning UVA’s T. Rodney Crowley Scholarship, awarded annually to a student-athlete who “demonstrates leadership, sportsmanship, character and integrity.”

My #HoosYourHero is Victoria Carbo and her sister Jackie, nurses at Genesis Ballenger Creek in Frederick, MD. Thank you for all you’ve done and will continue to do for others during this pandemic! #TheRealHeroes pic.twitter.com/IW4y5xHwqK

Chesdin Harrington is the latest Cavalier to jump into the #HoosYourHero campaign. However, his contribution had a twist. In addition to honoring his own #TheRealHeroes individual (above), he also gave an assist to an honorary Hoo, Parker, to help him honor someone very special (below). If you want to read more about Parker and his IMPACT on the baseball team, click here.

Parker’s #HoosYourHero is his grandmother Jean Toman who works at Augusta Health in Fishersville, VA. He was really excited to do this! #TheRealHeroes @GoTeamIMPACT pic.twitter.com/mNZjWqXRhe 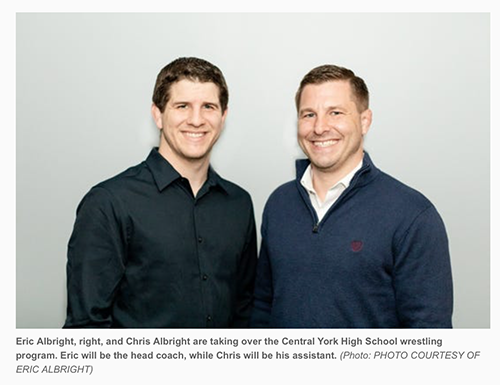 @UVAWrestling alum Eric Albright is moving up to take over the wrestling program at Central York High School after coaching at the junior high level. He will be coaching along with his brother, Chris. Eric Albright was the 2006 ACC Freshman of the year and a 2007 NCAA qualifier for the Cavaliers at 133 pounds.

Connor Shellenberger arrived from STAB with the weight of the expectations that come as the top recruit in the country.

After some growing pains and a redshirt year, Shellenberger feels more poised to make an impact for @UVAMensLax: https://t.co/XtAyCPyGRf pic.twitter.com/oEg5SckkHc

CBS19s Damon Dillman caught up with @UVAMensLax’s Connor Shellenberger, who redshirted during the shortened spring season and is now preparing for his 2021 debut.