With the NBA season about to restart, there are a couple of former Cavalier G-Leaguers getting the call from NBA teams. Devon Hall has been signed by the Oklahoma City Thunder as a “substitute player”. The rumor mill is also swirling that a pair of Hoos are going to be reunited on the Nets (see below). Justin Anderson was playing for the Nets G-League team before the season was suspended. Former Cavalier Joe Harris is also a member of the Nets.

Former @UVAMensTennis standout JC Aragone decided to take matters into his own hands when it came to returning to the courts. Aragone has established his own tournament that begins today in Florida. The tournament features some of the top-ranked American players and will air on The Tennis Channel. Aragone talks about how the tournament came about in this interview with the Cracked Rackets podcast. We are partial to the clip above, however, when he is announcing the draw for the tournament. 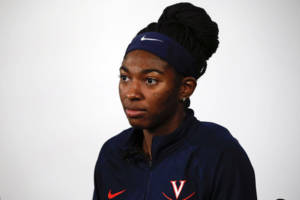 Bennett Conlin of the Daily Progress caught up with Jocelyn Willoughby as she prepares to head to Florida to begin a very unique rookie year in the WNBA. 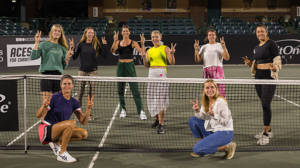 The Credit One Bank Women’s Tennis Invitational ended on Sunday with team Peace Taking home the team victory. The tournament, which featured a pair of Cavaliers, ended with the duo taking the court as a doubles team in the final match of the event. Signee Emma Navarro and two-time NCAA singles champion Danielle Collins paired up for the event.

Last night was emotional for many reasons and we didn’t get the result we wanted, but this was special. ❤️ @moebrian pic.twitter.com/oKxYqPmdtP

The National Women’s Soccer League returned to action this weekend and featured more than one kind of debut for members of the Wahoo program. Rookie Zoe Morse, a standout defender for the Cavaliers over the past five seasons, made her first professional start in the Chicago Red Star’s opener against Washington. In addition to the debut of Morse, former UVA standout Morgan Brian – a two-time MAC Hermann Trophy winner – debuted a new jersey as she put her married name – Gautrat – on the back of her kit for the first time to surprise her husband. She went on to score her team’s only goal in the 2-1 loss to the Spirit.