👀 THREE 👀 former Cavaliers will be in camp!

Three @uvamenssoccer alums (Henry Kessler, Daryl Dike and Aboubacar Keita) have been invited to the US-U23 camp with a chance to be called up to the USMNT. 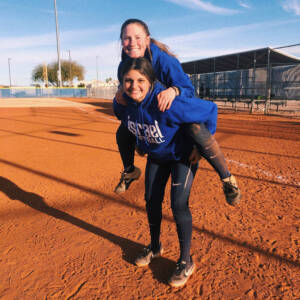 Hoos Headed to the Hall?

Congratulations to DB @rondebarber on being selected as a Finalist for the #PFHOF21 Class! @Buccaneers pic.twitter.com/myHJydtbs7

Congratulations to Ronde Barber who is one of 15 finalists for induction to the Pro Football Hall of Fame. He has been a semi-finalist four times, but this is his first time advancing to the final ballot. The Hall’s selection committee will not meet as it traditionally does on the day before the Super Bowl to make the final decisions, instead holding a virtual meeting on January 19.

A great update yesterday from sister Casey on Chris Bocklet, a member of the 2011 NCAA Champion @UVAMensLax team has sustained a serious head injury. A GoFundMe has been set up in his name for people wanting to donate. CLICK HERE to find out more.