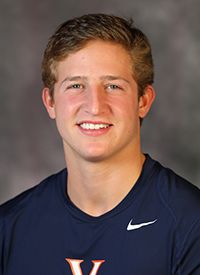 2019-20
• Won the Match of the Year award at the team’s end-of-year banquet
• Concluded the season playing at the No. 8 position
• Recorded a 13-3 overall record
• Topped his match against Yale and Rochester at the Potter Cup
• Won matches against George Washington and Franklin and Marshall at the Mid-Atlantic Squash Championships
• Named to the ACC Academic Honor Roll

Personal
• Son of Douglas and Meg Braff
• Has a twin brother, William, as well as older brother Douglas and a younger brother Charles