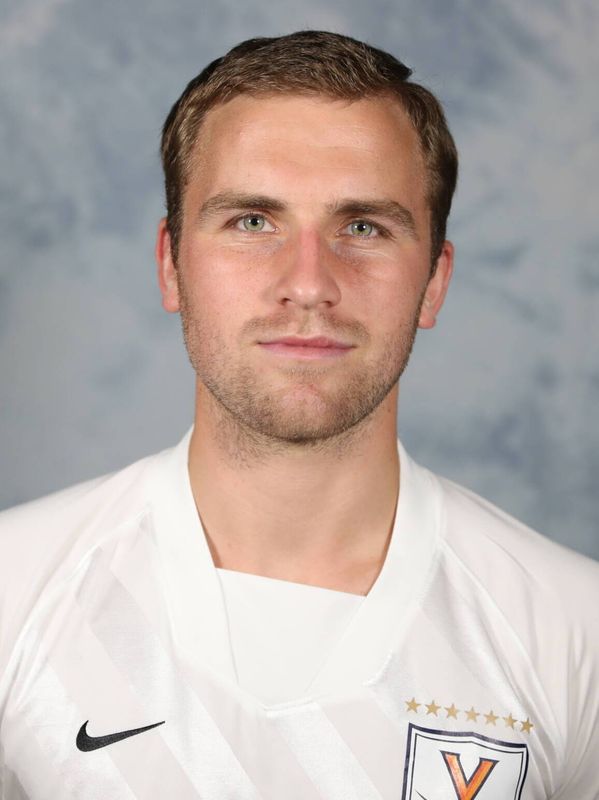 2020
• One of three Cavaliers to appear in all 16 matches
• Made 11 starts and logged 1,070 minutes
• Tied for the team lead with three goals
• Scored the match’s first goal at Notre Dame on Oct. 24
• Credited with the game-winner against George Mason on March 2
• Scored the team’s lone goal in the ACC Tournament semifinal against Clemson, his second ACC Tournament goal of his career

2019
• Started all but one of the 24 matches he appeared in as a true freshman
• Totaled eight points (2g, 4a)
• Scored his first collegiate goal, a game-winner in the ACC Championship game against No. 1 Clemson
• Assisted on game-winning goals against Pacific (Aug. 31) and St. John’s (Nov. 30)
• Scored the opening goal of a 3-2 overtime win against No. 5 SMU in the NCAA Quarterfinal

PERSONAL
• Yet to declare a major at UVA
• Born in Gothenburg, Sweden
• Son of Torgny and Maria Gunnarsson
• Has four siblings, three brothers (Vilhelm, Erik and Johan and one sister Lisa)
• His twin brother Erik currently plays for IFK Gothenburg in the Swedish First Division
• Recipient of the Douglas S. Luke Family Scholarship for men’s soccer for the 2020-21 academic year