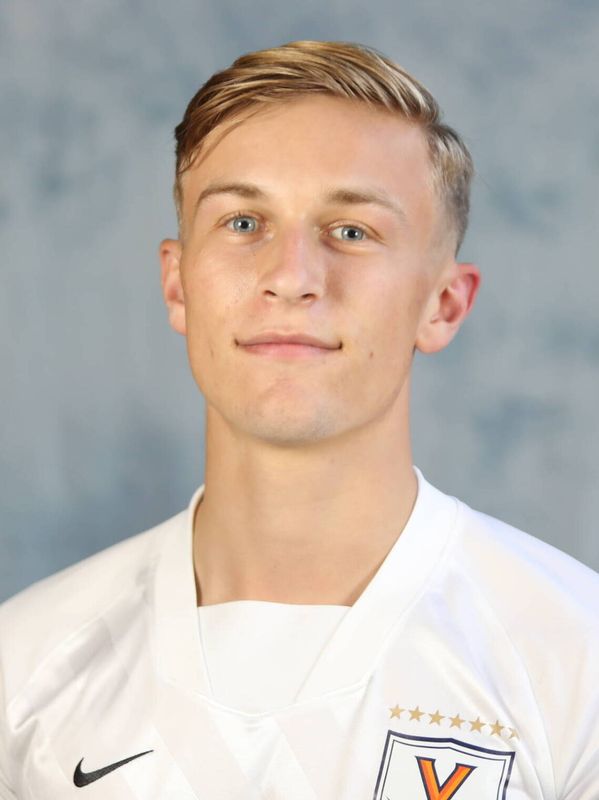 2020
• Appeared in one game, logging seven minutes against No. 1 Pitt
• Listed on the ACC Academic Honor Roll

2019
• One of six recipients from UVA of the ACC Top VI Award, presented to student-athletes who have given the most in terms of service to the University and Charlottesville Communities
• Recipient of the Ernest H. Ern Jr. Award, recognizing outstanding contributions to student life by an intercollegiate athlete at UVA
• Made is collegiate debut in 3-0 win over George Washington on Oct. 1
• Also saw action against St. Louis on Oct. 22

PREP
• A Commerce major
• Named the 2015 Monmouth County Offensive Player of the Year (7g, 8a)
• An All-County and All-State selection as a senior
• Served as the Varsity team captain in 2015
• Won CT State Championship in 2017 at the club level playing for Black Rock FC