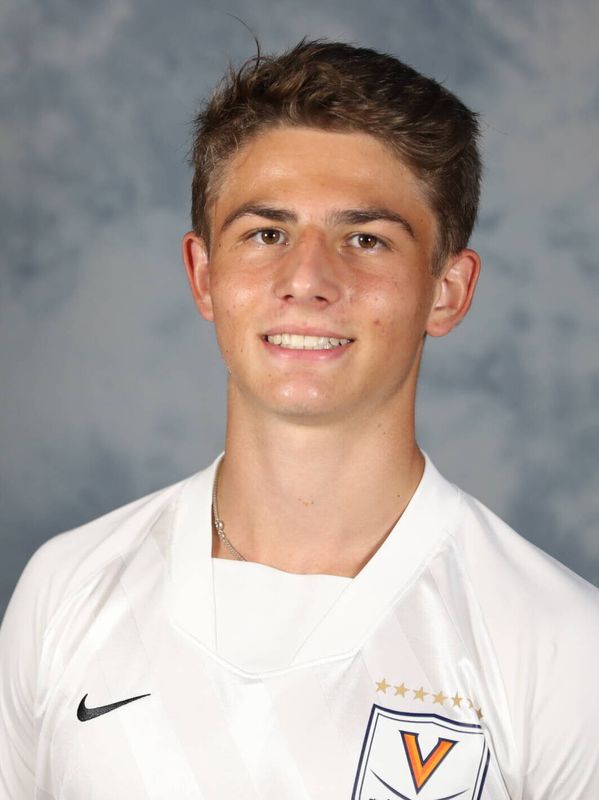 2019
• Named to the ACC All-Tournament team
• Started all 22 games in which he appeared
• After missing back-to-back games against Duke and Radford due to injury, he made 19-straight starts, missing only 22 minutes of game action. Played every minute oof the final 10 games
• Scored his first collegiate goal, an unassisted tally in the 86th minute against George Washington on Oct. 1
• Assisted on game-winning goals against Western Michigan (Sept. 23) and North Carolina (Nov. 1)

PERSONAL
• Yet to declare a major at UVA
• Born in Sterling, Virginia
• Has one brother Chase