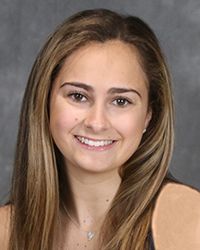 2021-22
• Team Captain
• Compiled a record of 12-7 for the Cavaliers
• Won two out of three matches at the MASC Championships where the Hoos finished second
• Secured a point for Virginia against No. 4 Columbia at the CSA Team Championships
• Went 5-2 against MASC opponents
• Tallied three wins over top-10 opponents
• Picked up a win at No. 6 in UVA’s upset win at No. 3 Columbia
• Logged the deciding victory in UVA’s 5-4 win against No. 8 Cornell, playing at No. 6

2019-20
• Posted an 11-2 record during the season
• Won her match at the No. 9 position in the team’s Kurtz Cup semifinal match against Cornell
• Won four matches against players on a top-25 ranked team
• Named to the ACC Academic Honor Roll

Background
• Earned All-America honors three time during high school career
• Ranked No. 12 in the GU19 national rankings and has remained in the top 15 since GU13
• Recorded an undefeated season as the No. 1 during senior year
• Competed at the British open for the U.S.
• Four-time U.S. Scholar Athlete
• Name team captain twice