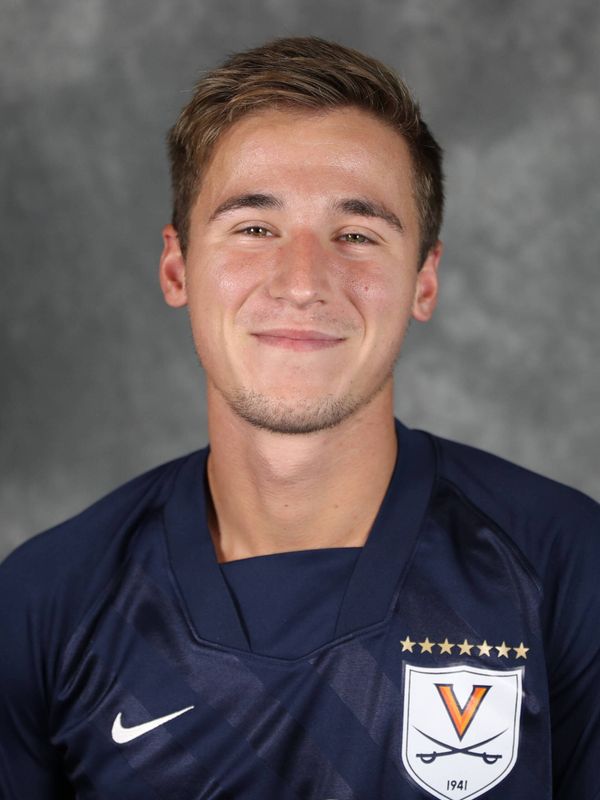 PRIOR TO VIRGINIA
• Played four seasons at Duke
• Appeared in a total of 74 games with 44 starts
• Finished his career with 11 goals and eight assists for 30 points
• Recognized on the ACC Academic honor roll in 2018, 2019 and 2021
• As a freshman in 2017, named the ACC Player of the Week and to the College Soccer News Team of the week after his game-winning goal against UVA on Oct. 27
• Was rated the #20 overall prospect by TopDrawerSoccer.com and voted to the Central Conference Best XI Team in high school.

PREP
• A member of the Crew SC Academy Wolves since 2013-14
• Played for Crew SC Academy Wolves
• Tallied 26 goals in 2014-15 en route to the division title and appearance in the USSDA playoffs
• Voted to the Best XI for the Central Conference
• Also led the Wolves to the 2014 division championship and playoffs and scored 14 goals
• Named to Best XI of the playoffs by Top Drawer Soccer
• Selected to the Olympic Development Regional Team from 2010-12.

PERSONAL
• Enrolled in UVA’s Professional Learners Program
• Son of Alena and Kevin Wright
• His brother, Adam was a four-year member of the Olivet men’s soccer team and is the current head coach at Jackson College