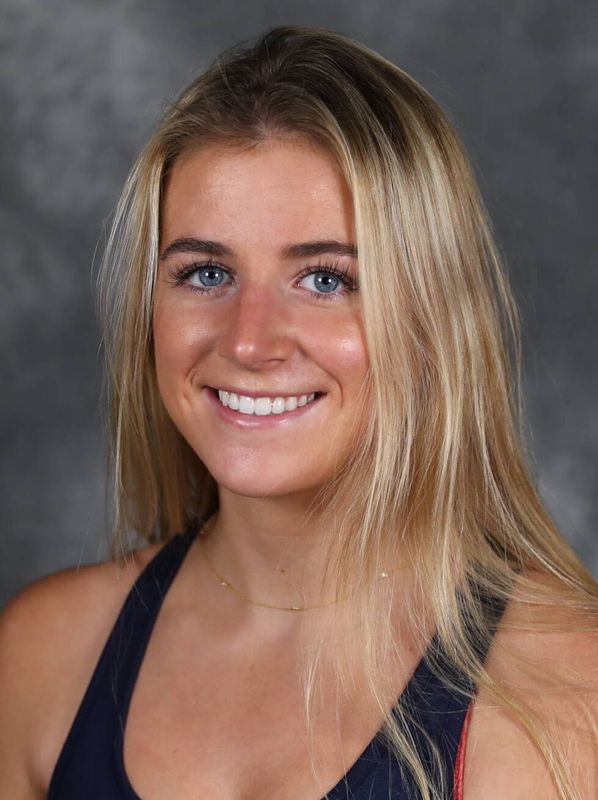 2021-22
• Named UVA squash’s most improved player
• Compiled an overall record of 10-5 for the Cavaliers this season
• Tallied three victories over top-10 opponents
• Won three matches at the MASC Championships
• Secured a three-game victory over No. 4 Columbia’s Megan Myerson at the CSA Team Championships
• Made her delayed collegiate debut in the season-opener at Yale, playing at No. 7
• Picked up her first collegiate victory with a three-game win against Jannia Singh at No. 7 in the Cavaliers’ upset of No. 4 Columbia

Background
• Named a 2019 Fairchester Athletic Association All-League honoree
• Named a 2017 and 2018 Fairchester Athletic Association All-League honorable mention honoree
• 2019 GU19 William T. Ketcham Jr. recipient for having the largest ranking increase during the 2018-19 season and for competing at the National Juniors
• Placed third in her draw at the 2019 New England Preparatory School Athletic Council Championships
• Named the 2019 Most Accomplished Athlete for Sacred Heart Greenwich
• Five-time varsity letterwinner served as captain for 2019-20