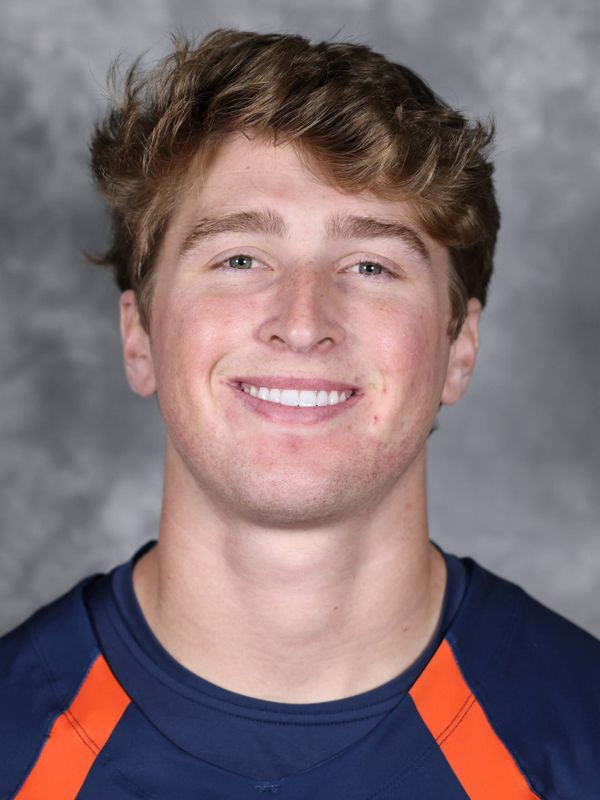 TIFFANY ON BRAUN
2023 – “As the faceoff rules have evolved, so has Gable.  He is becoming an exceptional multiple-move specialist, employing both primary and counter maneuvers.  The scrappiness Gable plays this game with is exactly what is needed:  he will not back down from anyone and remains one of our top grinders.  It has also been exciting to witness the growth of his offensive game as his stick skills improve along with his shooting.  There is a chance Gable uses the upcoming season as a redshirt:  our program would greatly benefit from him having a fifth year here.” 2022 – “Emerging as an exceptional faceoff specialist before our eyes. There were days this Fall semester where it was difficult to identify who our top man at the FOX is … Using multiple moves, and excelling with his combinations … But it is really the heart of the man that explains his success … Growth is also being seen in his offensive skills.” 2021 – “Crash-test dummy persona on the field … willing to expose himself to harm in order to gain possession of the ball … scrappy attitude at the faceoff X … battles Petey [LaSalla] and Gavin [Tygh], never giving an inch.”