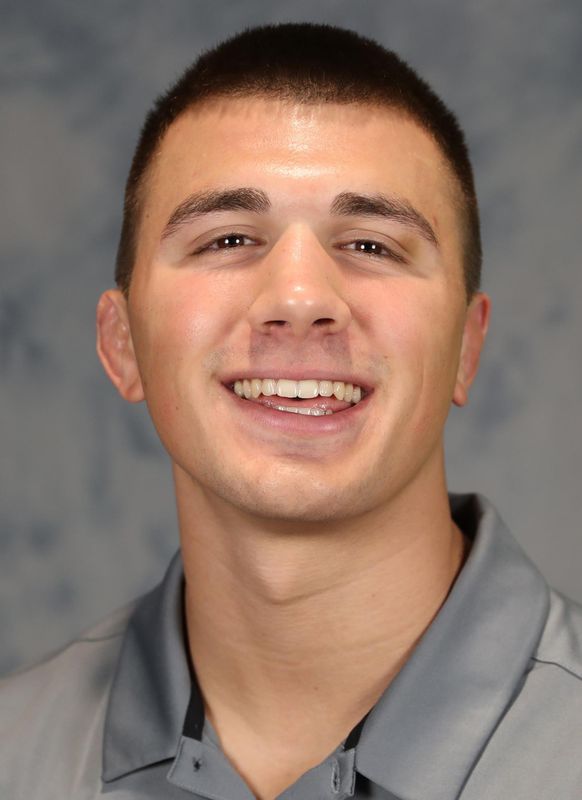 2021-22
• NCAA qualifier at 197 pounds for the fourth consecutive season
• Third-place finisher at ACC Championships
• Posted a 16-5 record with a 5-2 mark in duals
• Went 3-2 in ACC duals
• Named ACC Wrestler of the Week (1/16)
• Posted 10 bonus-point victories including four pins, three tech falls and three major decisions
• Went 9-5 against nationally-ranked opponents
• 14-of-21 matches came against ranked opponents
• Went 3-2 at the NCAA Championships
• Claimed bronze at the U23 World Games at 92kg for the United States
• Named to the ACC Wrestling All-Academic Team

2020-21
• NCAA qualifier at 197 pounds
• Runner-up at ACC Championships at 197 pounds
• All-ACC honoree by virtue of his runner-up finish
• Posted a 10-4 record with a 5-1 record in duals
• Went 4-1 in ACC dual matches
• Posted five bonus-point victories, including three pins and two major decisions
• Went 3-0 to start the season at the Appalachian State Individual Quad (1/2)
• Had a streak of 24 consecutive dual wins broken vs. No. 5Nino Bonaccorsi of No. 12 Pitt (1/29)
• Went 1-2 at the NCAA Championships, opening with a win over No. 22 seed Chris Kober (Campbell)
• Three of his four losses came at the hands of Pitt’s Bonaccorsi
• Named an NWCA Scholar All-American

2019-20
• ACC Champion at 197 pounds and NCAA qualifier for the second consecutive season
• All-ACC selection at 197 pounds by virtue of winning the league title
• Posted a 27-4 record on the season, including a 14-0 mark in duals and a 5-0 mark in ACC duals
• Runner-up at Midlands Championships (12/29-30), defeating No. 2 Jacob Warner (Iowa) in the semifinals
• Eighth-place finish at the Cliff Keen Las Vegas Invitational (12/6-7)
• First-place finish at Keystone Classic (11/24) with a win over No. 15 Ethan Laird (Rider) in the finals
• Also defeated a 10th-ranked Laird in the final match at the Virginia Duals (1/11)
• Recorded a win over No. 16 Nick Reenan by injury default in the ACC opener at No. 5 NC State (1/24)
• Was 10-0 in bonus-point matches including three wins by pin, four by tech fall and three major decisions
• Won 12 straight matches to end the season and won 16-of-17 down the stretch
• His only loss in his last 17 matches came to No. 8 Christian Brunner (Purdue) in Midlands finals
• Named an NWCA Scholar All-American
• Named to the ACC Wrestling All-Academic Team
• Named to the ACC Academic Honor Roll

2018-19
• NCAA qualifier at 197 pounds for his first career NCAA Championships appearance
• Seeded seventh at the NCAA Championships at 197 pounds
• Runner-up at 197 pounds at the ACC Championships, earning All-ACC honors
• Posted a 24-8 record on the season, including a 16-4 mark in dual matches and 5-0 in ACC duals
• Went 7-1 in matches decided by bonus-points, including two pins, two tech falls and four major decisions
• Third-place finish at the Cliff Keen Invitational with a 6-1 record
• Posted wins over No. 8 Nathan Traxler of Stanford (twice), No. 13 Christian Brunner of Purdue, No. 14 Tom Sleigh of Virginia Tech on the run to the third-place finish
• Went 7-5 against nationally-ranked opponents, including a 7-2 mark in the regular season
• Went 1-2 at the NCAA Championships with a win over No. 26 seed Anthony McLaughlin of Air Force
• Dropped his two matches by a combined three points, including a 9-8 loss to No. 10 seed Tom Sleigh (Virginia Tech) and 9-7 decision in sudden victory No. 9 seed Benjamin Honis (Cornell)

HIGH SCHOOL
• Lettered four years at Westfield High School
• Wrestled at 195 pounds as a senior in 2016
• 2016 Class 6A State Champion at 195 pounds
• Ranked No. 19 nationally by Flo Wrestling and Intermat
• First wrestler at Westfield High School to win all matches by pin on the way to state champion
• Claimed the Conference 5 championship and Northern Region Championship for Class 6A
• Fifth place at Beast of the East at 195 pounds as a senior
• Flo National Runner Up as a senior
• NHSCA Senior National Champion
• Washington Post first-team All-Met at 195 pounds
• Served as team captain as a senior
• Flo National All-American as a junior in 2015
• NHSCA Junior All-American
• Finished in sixth place at 160 pounds in 2014 in Virginia Class 6A championships
• Earned NHSCA Sophomore All-America honors in 2014
• Lettered three years in football, playing defensive end and full back
• Lettered one year in baseball as a pitcher and third baseman

PERSONAL
• Son of Jenni and Steve Aiello
• Has three brothers who all wrestled at Wheaton College
• Brother, Stephen, was an All-American in 2014
• Brothers Frank and Stephen both are assistant coaches at Wheaton