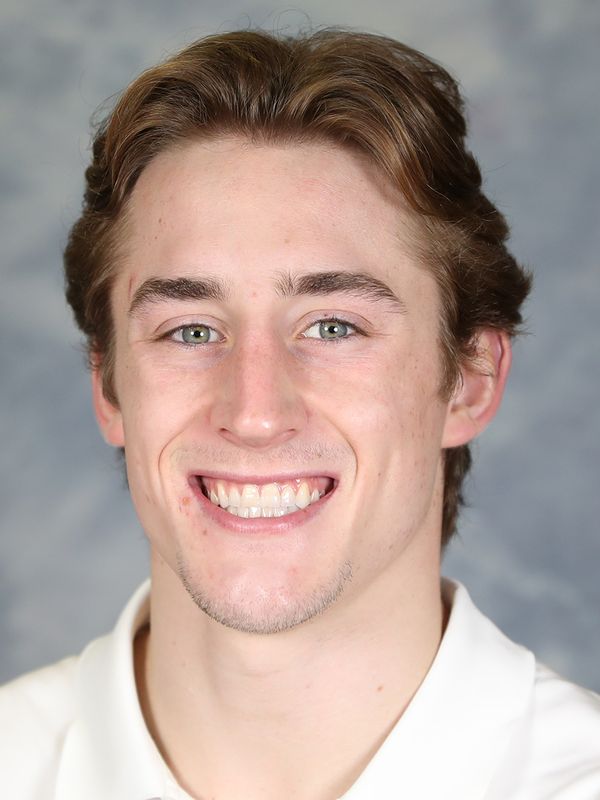 2021-22
• NCAA qualifier at 165 pounds for his third straight NCAA berth
• Runner-up finish at ACC Championships to earn his NCAA bid
• All-ACC honoree for the second straight season by virtue of his runner-up finish
• Posted a 19-4 record on the year with an 8-1 mark in dual action
• Went 3-1 in ACC duals – his only dual loss coming to No. 21 Thomas Bullard of No. 4 NC State (2/4)
• Opened the season with 11 consecutive victories and only the one loss in the regular season
• Defeated No. 20 Thomas Bullard (NC State) to advance to the finals at the ACC Championships
• Went 3-2 at the NCAA Championships with wins over No. 18 seed Joshua Ogunsanya (Columbia), No. 20 seed Will Formato (Appalachian State) and No. 11 seed Izzak Olejnik (N. Illinois)
• Advanced to the blood round at the NCAA Championships
• Posted nine bonus-point victories with a pin, a tech fall and five major decisions
• Named an NWCA Scholar All-America for the third consecutive season
• Named to the ACC Wrestling All-Academic Team

2020-21
• NCAA qualifier at 157 pounds
• Runner up at ACC Championships at 157 pounds
• All-ACC honoree by virtue of his runner-up finish
• Posted a 9-4 record on the season with a 5-1 mark in duals
• Went 4-1 in ACC duals
• Went 3-0 at the Appalachian State Individual Quad (1/2) to open the season
• Posted an 8-1 record through the regular season with only loss a 6-3 decision to No. 2 Hayden Hidlay (NC State)
• Only two losses prior to the NCAA Championships came to Hidlay
• Went 0-2 at the NCAA Championships
• Posted a 5-1 record in bonus point matches with two pins, a tech fall and two major decisions
• Named to the ACC Wrestling All-Academic Team

2019-20
• NCAA qualifier at 157 pounds with an automatic bid
• Posted an 18-13 record on the season
• Advanced to the third-place match at the ACC Championships
• Defeated No. 17 Jacori Teemer of Arizona State at the Journeymen Duals (11/9)
• Opened the Cliff Keen Las Vegas Invitational (12/6) with a win over No. 11 Will Lewan of Michigan
• Also defeated No. 16 A.C. Headlee of North Carolina in the final regular-season dual
• Turned in a fifth-place finish at the Keystone Classic (11/24)
• Named an NWCA Scholar All-America
• Named to the ACC Academic Honor Roll