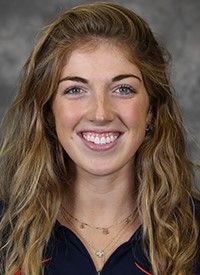 Personal
• Daughter of David and Cindy Trull
• Born in Wellesley, Mass.
• Has one younger sister, Julia
• Enjoys photography and baking
• Tutored inner city kids in Boston
• Interned at the Head of The Charles office in the summer of 2016
• Started an a cappella group called “B-Flats” for students who were either too nervous to audition or did not consider themselves skilled enough