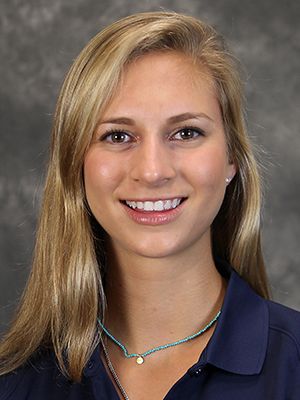 2014-15
• CRCA First-Team All-American
• CRCA All-Region 3 First Team member
• All-ACC First Team member
• Member of the Varsity Eight that placed third at the NCAA Championships
• Part of the ACC Champion V8 that was named ACC Crew of the Year
• Rowed with the V8 all season
• Part of the V8 that was the top collegiate crew at the Head of the Charles
• Recognized on the ACC Academic Honor Roll
• Selected to represent the U.S. in the women’s four and the women’s eight at the World Under-23 Championships

2012-13
• Part of Second Varsity Eight that won petite final and placed seventh overall at NCAAs
• Bow seat of ACC Champion Varsity Eight that was named ACC Crew of the Year
• Member of V8 for UVa, Clemson and Oak Ridge Invitationals
• Stroke seat of 2V8 that placed 15th at Head of the Charles
• Invited to USRowing Under-23 National Team Camp
• Competed at the World Under-23 Championships for the United States, placing seventh in the women’s double

PERSONAL
• Parents are Ted and Mary Youngling
• Mother, Mary, swam at University of Georgia
• Has a sister, Katie, and a brother, Ted
• Grandfather, Theodore Youngling, was an assistant football coach at Oklahoma and Duke