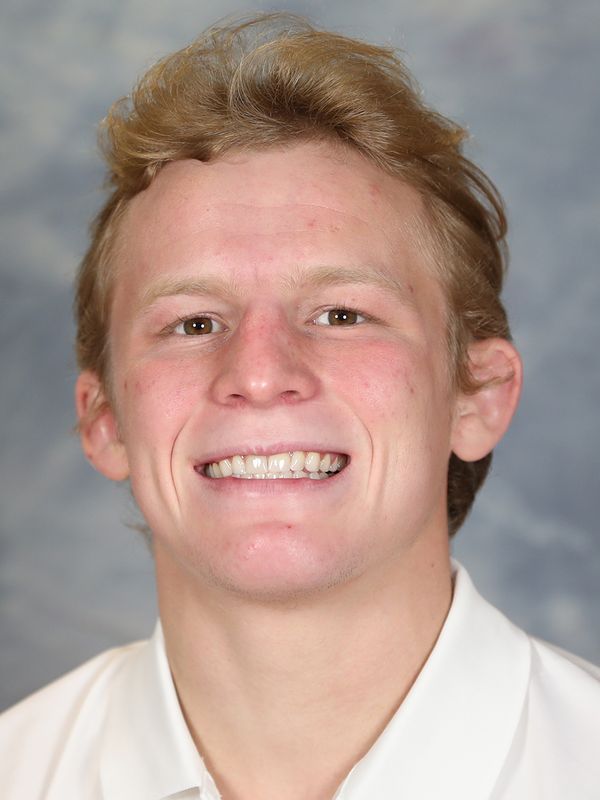 2019-20
• Finished third at the ACC Championships at 133 pounds
• NCAA qualifier at 133 pounds with an automatic bid
• Posted a 21-11 record, including a 9-5 mark in dual action and a 2-3 mark in ACC duals
• Tallied eight bonus-point victories, including six wins by fall, a major decision and a technical fall
• Turned in a sixth-place finish at the Midlands Championships (12/29-30)
• First-place finish at the Keystone Classic (11/24) with a 3-0 record
• Defeated No. 15 Anthony Madrigal of Oklahoma at the Cliff Keen Las Vegas Invitational
• Named an NWCA Scholar All-American
• Named to the ACC Wrestling All-Academic Team
• Named to the ACC Academic Honor Roll

2017-18
• NCAA Qualifier at 125 pounds and advanced to the quarterfinals
• Advanced to NCAA quarterfinals with 10-4 decision over No. 5 seed Sean Fausz (NCSU)
• Finished one round short of All-America honors at the NCAA Championships
• All-ACC selection at 125 pounds with runner-up finish at ACC Championships
• Posted a 31-8 record, including a 12-2 mark in dual matches – tallied 56 dual points for the
season
• Went 5-0 in ACC duals and led the league in dual points scored across all weight classes
with 22 points
• Claimed the championship at the Clarion Open (11/5) with win over No. 19 Jake Gromacki
(Clarion)
• Seventh-place finish at the Cliff Keen Invitational (12/1-2) with a 6-2 record
• Defeated No. 14 Luke Welch (Purdue) at the Cliff Keen Invitational
• One of his two losses at the Cliff Keen came to No. 3 Ethan Lizak (Minnesota), a two-time
All-American
• Third-place finish at the Southern Scuffle (1/1-2) with a 5-1 record
• Only Scuffle loss came to No. 4 Darian Cruz (Lehigh) a three-time All-American and 2017
NCAA Champ
• Posted 16 bonus-point wins, including seven pins, six tech falls and three major decisions
• Went 7-0 in matches decided by fall and 6-1 in matches decided by tech fall
• Named to the ACC Wrestling All-Academic Team
• Named an NWCA Scholar All-American

PERSONAL
• Son of Lori and Phil Hayes
• Has nine siblings, five brothers and four sisters
• Father, Phil, played golf at St. Norberts
• Recipient of the Jonathan A. Frent endowed scholarship for the 2020-21 academic year
• Pursuing a master’s in Commerce