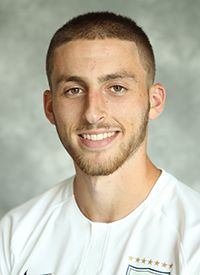 2017
• Appeared in one game, his collegiate debut, against Hofstra on Aug. 31
• Listed on the ACC Academic Honor Roll