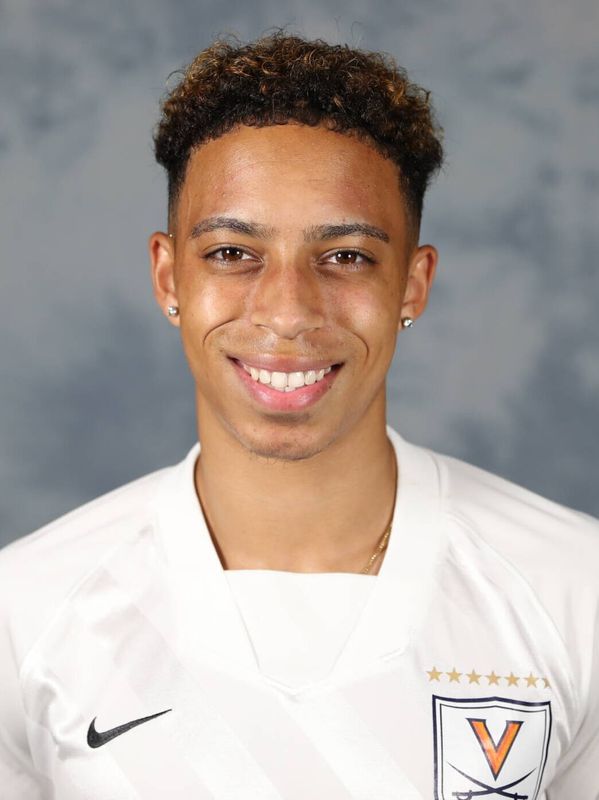 2020
• Started five of the six games in which he appeared.
• Drafted in the second round (45th overall) by Toronto FC in the 2021 MLS SuperDraft
• Came back from injury to play both ACC Tournament games, logging 72 minutes against Wake Forest (Nov. 15) and 70 minutes against Clemson (Nov. 18)
• Started in two of the three games of the spring segment before reporting to Toronto FC
• A member of the ACC Academic honor roll

2019
• Named to the ACC All-Tournament Team
• Started 22 of the 23 games in which he appeared
• Third on the team with 15 points (6g, 3a)
• His five game-winning goals were tied for the second most in the ACC and tied for 16th most in the NCAA
• Five of his six goals came against Top-25 opponents, four were game-winners.
• His game-winnning goal against No. 25 Virginia Tech on Oct. 25 was No. 9 on SportsCenter’s Top 10 Plays
• Recorded seven points (3g, 1a) in postseason play, including game-winners against Syracuse in the ACC Quarterfinals and Wake Forest in the ACC Semifinal.
• Assisted on the game-winner and scored the second goal in a 2-0 win over Campbell in the Second Round of the NCAA Tournament
• Five of his 10 career goals have come either in the ACC (2) or NCAA (3) Tournaments
• Scored game-winning goals against the No. 1 team in the country (Maryland) on Sept. 2 and 11 days later against the No. 2 team in the country (Duke)
• Was successful in his attempt in the shootout of the National Championship game against Georgetown on Dec. 15

2018
• Played all 17 games, logging 1,448 minutes
• Led the team in points (14) and assists (6)
• Second on the team with four goals including a game-winner in NCAA Tournament win over Furman
• Scored both of the team’s goals in NCAA Tournament win over Furman. Became the 13th Cavaliers ever with a multi-goal game in the NCAA Tournament and the first since 2009
• Named to the College Soccer News Team of the Week (Nov. 19)
• One of three players in the ACC with two, multi-assist games in 2018
• Tallied his first career goal on Sept. 7 against Virginia Tech in the second minute, the quickest goal of the season for the Cavaliers (1:31)

2017
• One of six Cavalier field players to start all 21 games
• Registered his first collegiate point with an assist at Notre Dame on Sept. 29
• Credited with an assist on the fourth goal in a 4-0 shutout of Boston College in the ACC Quarterfinal match on Nov. 1
• Played all but two minutes in the final four games of the season, including a season-high 110 minutes in the ACC Championship game on Nov. 12
• Scored the clinching goal in penalty kick shootout at Louisville in the ACC Quarterfinal
* Converted his penalty kick shootout attempt in the ACC Championship against Wake Forest